Seattle is the best place for software engineers, data analysts, and quality analysts to earn a living. That’s according to a new report from Indeed, an Austin, TX-based jobs database that operates a fast-growing engineering center in Seattle. 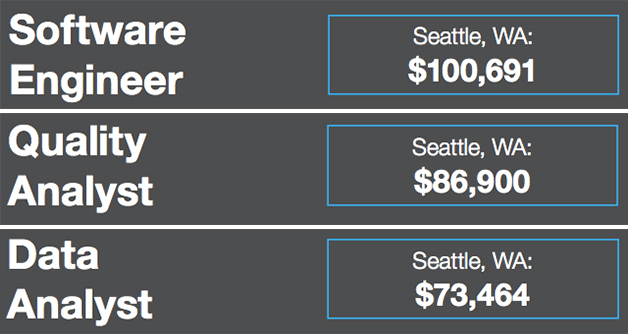 The report compares salaries, based on the cost of living in 15 tech hubs around the country. Rent and other expenses tend to be higher in these regions because of the spending power of well-paid tech workers. Indeed looked at how far that money really goes — and Seattle scored high in several categories.

Seattle came in second for the average salary, adjusted for cost of living, just behind Austin and ahead of San Francisco. 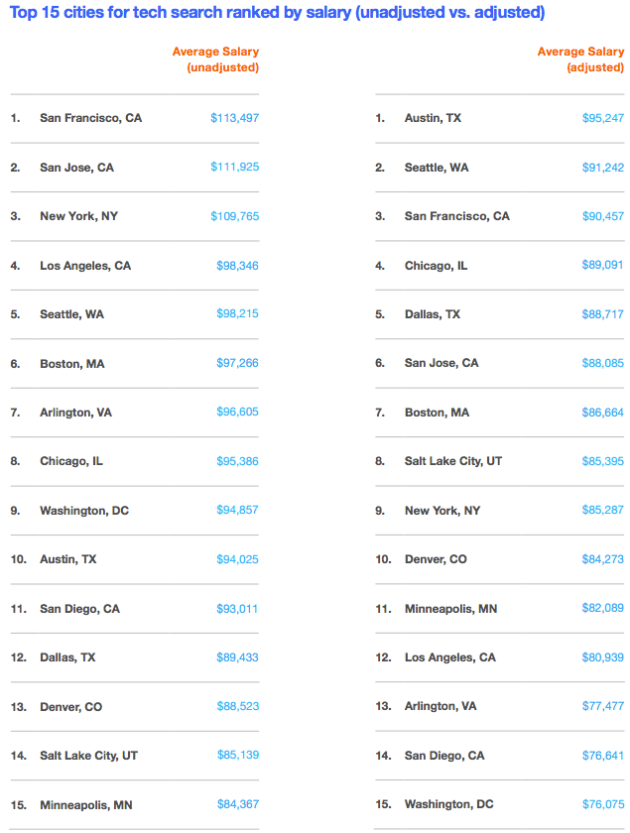 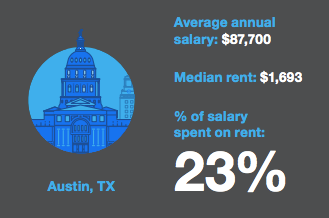 The report relies on salary data from Indeed job postings and cost of living stats from the Bureau of Economic Analysis.

Austin tech workers earn the highest adjusted salaries in seven of the tech positions measured. However, Indeed notes that the cost of living in Austin — just like Seattle — is rising. As the tech industries in these regions continue to grow, the margin between how much employees earn and how much is required to live there, will likely shrink.

Historically, Seattle’s low cost of living made it an ideal place for blue collar workers. But Seattle’s current tech boom — driven by titans like Amazon, Microsoft, Expedia, and dozens more — is impacting affordability.

As the Indeed report notes, demand for skilled tech workers outpaces supply, driving up salaries. But some experts believe the talent gap will shrink as people gravitate toward the high-paying industry. Between the rising cost of living in tech hubs like Seattle and Austin and a swelling force of skilled tech workers, the salary bubble may not last forever.