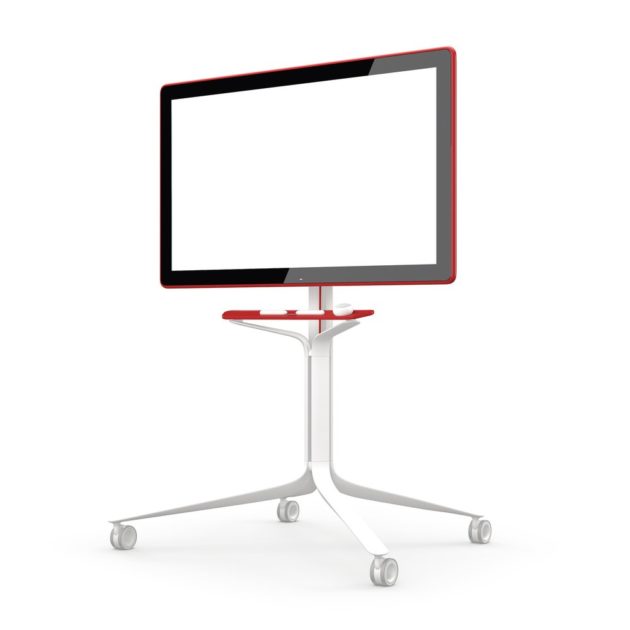 Google unveiled its latest productivity tool on Tuesday, and it is rather large.

“We’re moving the whiteboard to the cloud,” Google wrote in a blog post.

Jamboard is an all-Google product — the hardware, built by Google, is designed to work with in conjunction with the company’s other cloud-based tools like Gmail, Search, Hangouts, Drive, Docs, Sheets, etc. It runs on Android and lets people work remotely in real-time with others also using the device; users can also participate with the smartphone or tablet companion app.

The device, which can detect the difference between a stylus, eraser, and human finger, features sticky notes, stencils, and “intelligent features” like handwriting and shape recognition. There is a built-in camera and speakers. Documents are automatically uploaded to Google Drive.

Jamboard will cost under $6,000, Google said. Those interested can submit a form to receive information about eligibility.

This is the latest hardware built by Google; other recent products include Pixel, Google Home, Google WiFi, and Chromecast.

Google’s Jamboard will compete with Microsoft’s Surface Hub, which began shipping earlier this year in two models: a 55-inch version for $8,999, and the 84-inch model at $21,999.

Another competitor is SMART Technologies, a company well-known for its digital capture displays and whiteboards that was recently acquired by Foxconn.