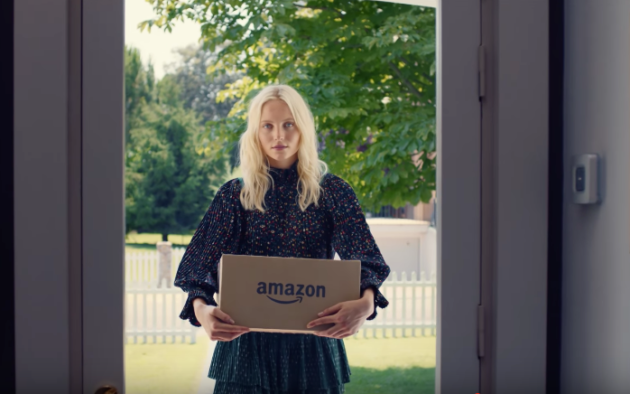 Amazon is expected to become the biggest clothing retailer in the U.S. next year, moving ahead of Macy’s, according to a new study.

According to a report by Cowen & Co., Amazon’s clothing and accessory sales are projected to rise approximately 30 percent next year to $28 billion, while Macy’s sales are expected to decline 4 percent to $22 billion.

If this happens it would be a huge coup for Amazon. The company has disrupted many brick and mortar categories, but department stores have continued to lead the way in clothing and fashion. But Cowen sees an opportunity for Amazon in clothing not only due to skyrocketing sales, but also because the market is so fragmented, with 45 percent of all sales coming from outside the top 15 players in the industry.

In terms of trying on goods, perhaps in the near future augmented reality and/or virtual reality could serve as a solution not only for the fit aspect of a particular item, but equally important, the look and feel.

As part of the report, Cowen conducted focus groups with shoppers. The discussions found that customers most often use Amazon to replace old items, get the basics, buy well-known brands that they are already comfortable with and get specific items they saw elsewhere but decided to purchase on Amazon. Amazon’s $99 per year Prime service, and the fast shipping that comes with it, along with convenience and customer service were cited as the main reasons shoppers bought clothes on Amazon.

But Amazon does lack in a couple areas. First is the issue that shoppers can’t try on clothes to see how they fit before purchasing them. Shoppers also said Amazon’s fashion offerings are difficult to browse and not well customized for each customer.

Cowen analysts said Amazon will likely be able to fix the issues with browsing and customization issues, and technological advances might make up for some other problems.

“In terms of trying on goods, perhaps in the near future augmented reality and/or virtual reality could serve as a solution not only for the fit aspect of a particular item, but equally important, the look and feel,” according to the report. 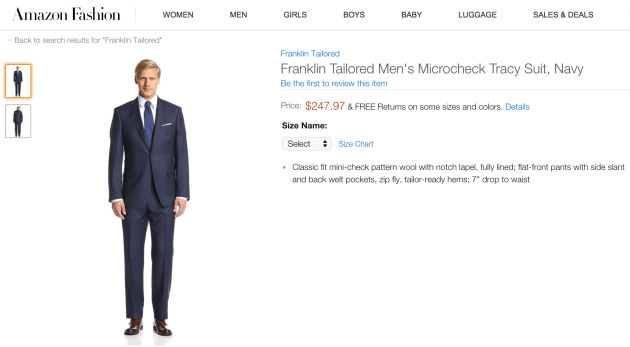 In addition to its clothing sales push, Amazon has been aggressively building out its fashion operation over the past few years, an area where it’s had some hits and misses.

Over the past month, Amazon has aired a TV spot entitled “Delivering Fashion,” several thousand times. The company has spent approximately $15 million on the ad, which features fall fashions from Amazon.com.

In February, the company quietly added close to 2,000 fashion products under seven trademarked labels. That same week, the third season of the designer competition show “The Fashion Fund” debuted on Amazon. It marked the first time Amazon Video hosted an ad-supported show and integrated options to buy items seen in the series directly on the streaming page.

In 2014, Amazon opened a 46,000-square-foot fashion photography studio in London. The year before that, the company built a similar-sized studio in Brooklyn New York.

Amazon has struggled to break into the market in the past. In 2012, Amazon shut down Endless.com, a five-year-old high-end online fashion site that sold accessories. This year, Amazon-owned MyHabit faced the same fate.