Can a high-tech, sensor-infused ball help a generation of device-addicted kids be more active? One startup is about to find out.

The company has developed a smart, connected inflatable ball that looks completely normal from the outside but has a bevy of electronics inside — accelerator, barometer, microcontroller, ultracapacitor, etc. — and sends real-time data via Bluetooth to an accompanying iOS or Android smartphone app, which lets people play different games and record highlight videos. A charging stick gives the ball two hours of play in just 20 seconds. 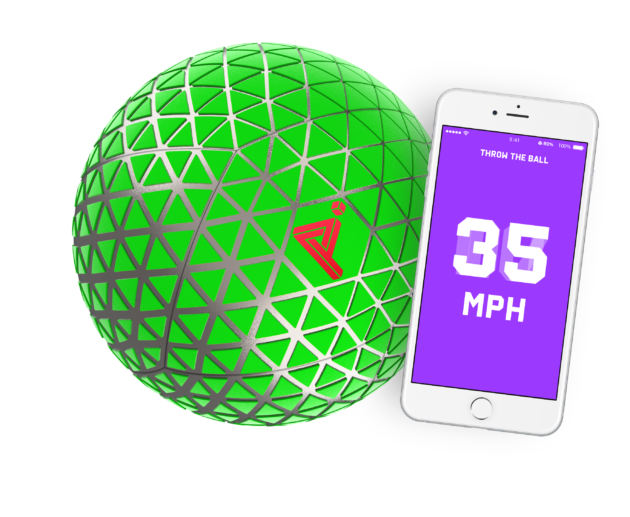 Here’s a quick video that shows some of the games you can play with the connected ball:

Play Impossible CEO and co-founder Brian Monnin told GeekWire that the ball is meant for anyone who enjoys ball sports and video games, in particular kids aged 10-to-15.

There are other companies like Adidas, Spaulding, and Wilson that are creating their own connected balls. But Monnin said Play Impossible is different.

“We’re unique because we’ve re-designed the ball for the future of recreational and active play with no preconception of how the game ought to be augmented,” he said. “Our emphasis on fun, physical and challenging games with the built-in ability to video record and share mobile moments is tailor made for the Pokemon Go generation of mobile kids.”

The ball, manufactured in partnership with Seattle-area company Baden Sports, will be sold commercially next year and will cost around $99, said Monnin, a veteran entrepreneur who previously worked at Intel and Microsoft.

“We also plan on making our proprietary physics engine and game API’s available to 3rd party developers to ensure a steady flow of new physical-digital games for consumers,” he added.

Monnin founded the company with Chief Product Designer Gadi Amit, who leads NewDealDesign, a firm that helped design products for FitBit and Google; and CTO Kevin Langdon, a long-time engineer who was previously CTO of AirCare Labs.

“It’s not our normal state to sit still. Active play, anything that gets you huffing and puffing, leads to independence, creativity, cooperation, concentration and fitness. Watch kids at a neighborhood park or an open gym pick-up game and it’s obvious of all that is good is in physical play. It leads us to be happier and healthier.

So how do we bridge all this goodness of digital media with the greatness of physical play? The kid in me received that call to get moving and I’m launching a new gaming company with two amazing co-founders dedicated to bringing together the digital and physical to create a new type of interactive play.”

Play Impossible has raised nearly $77,000 as part of Indiegogo’s new equity crowdfunding program. The company plans to raise an additional capital, up to $400,000, in the coming months.