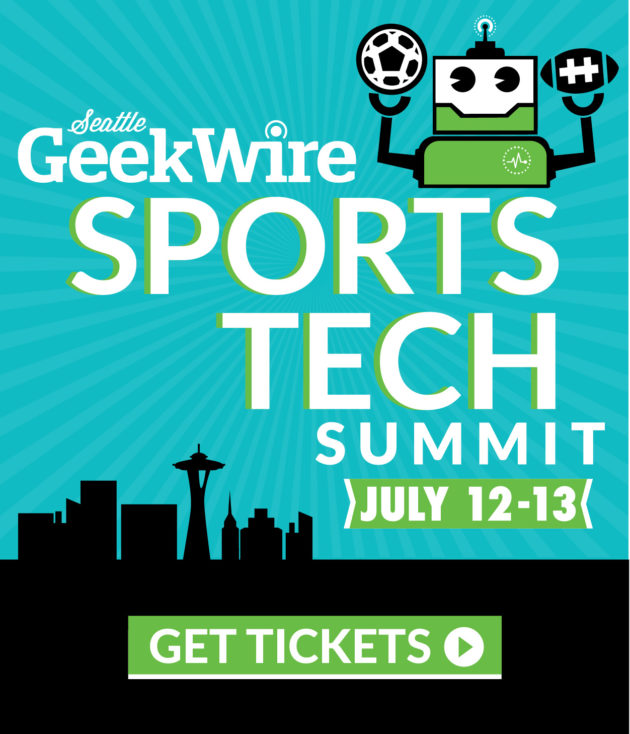 We’re less than three weeks away from the GeekWire Sports Tech Summit, an immersive and fun conference taking place in Seattle on July 12-13.

Limited tickets are still available for this one-of-a-kind event, but they are going fast, so make sure to grab yours today before we sell out.

A big thanks to Comcast, the presenting sponsor of this year’s Sports Tech Summit, and a special shout out to our partners on this event: Seattle Sounders and Eiger Marketing.

So, what’s in store? You can check out the full slate of activities and speakers below: