Every year, as part of the GeekWire Awards, one of the most hotly contested categories is Geek of the Year. This category recognizes a person (or group of people) who created a technological breakthrough that made the world a better place, or strengthened the community through their work or good deeds.

Last year, Malorie Catchpole and Jennifer Muhm of buddingSTEM took home the Geek of the Year robot trophy for their line of STEM-inspired clothing for girls. We’re always impressed with the positive work our Geeks of the Year do in the Northwest tech community, and based on the nominees below, this year will be no exception.

Over the next two weeks, we’re opening voting in each of 13 categories, with GeekWire readers choosing their top picks. (Check back on GeekWire each day to cast your ballots, or visit here to see the other categories). All of the winners will be revealed at the GeekWire Awards — presented by Wave — on May 12 at EMP.

Cast your ballot for Geek of the Year, presented by Wave, and continue reading for more information on the finalists.

Black Dot is a startup hub and resource center for Black entrepreneurs. Located in Seattle’s Central District, Black Dot strives to get more youth interested in entrepreneurship while providing Black entrepreneurs with the necessary resources to successfully start or maintain their businesses via panels, networking events, and the option to use Black Dot as a co-working space.

“Creating a world class city should be reflective of the world that we live in and we think that the work here helps us get to that place,” said Black Dot co-founder Garrett in a GeekWire story last month.

Molina, who studied political science in college, believes it’s vital to give veterans access to the lucrative and booming tech industry.

“We love what we do,” said Molina in a profile on GeekWire earlier this year. “We’re military vets who love software and programming, and we want to help other vets.”

Vikram Jandhyala is a University of Washington administrator, vice provost for innovation, and executive director of UW’s innovation hub, CoMotion.

He’s also one of the driving forces behind the Global Innovation Exchange, a technology graduate school in Bellevue, Wash. The program, led by UW, China’s Tsinghua University, and tech companies like Microsoft, will mark the first time that a Chinese research institution has established a physical location in the U.S. — focusing on technology innovation and connected devices.

Jandhyala’s goal in all of these initiatives is to develop a more robust entrepreneurial ecosystem in the region and on campus.

“We want to be known for coming up with innovative ways to solve problems of value to society,” Jandhyala said in a 2014 interview with GeekWire. “I don’t know if any university is really known for that yet. For universities to stay viable and really be part of the conversation, they have to do that.” 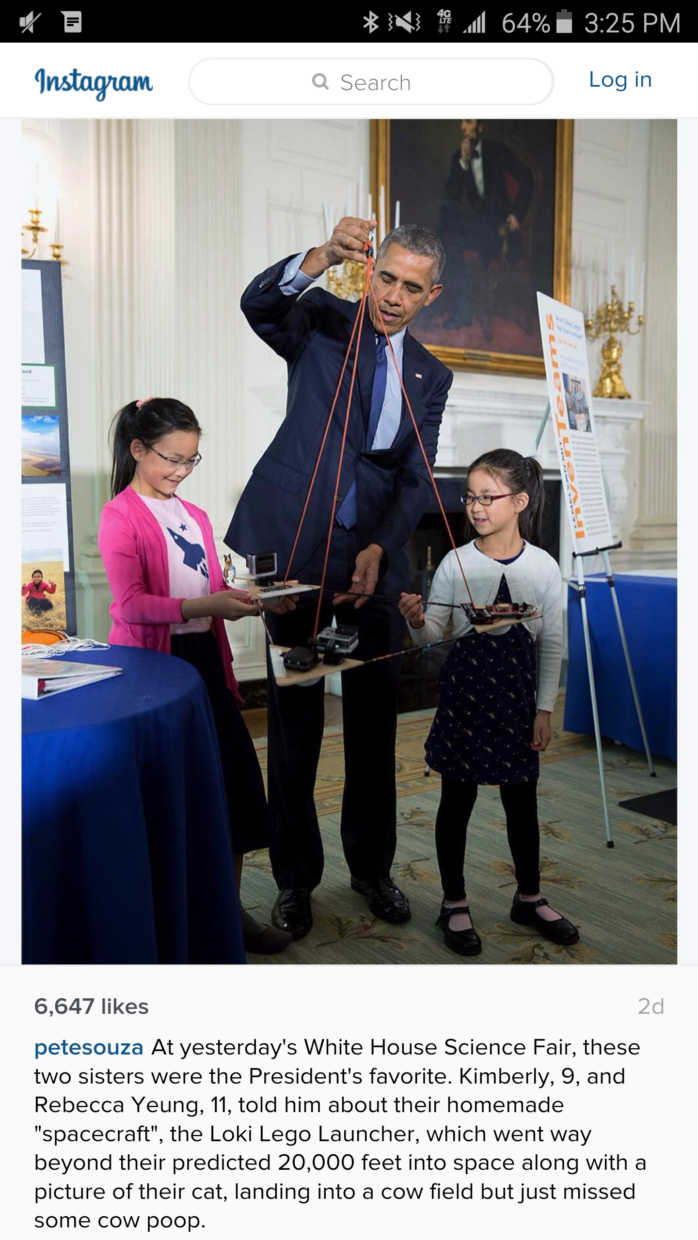 The craft had a GPS tracker and two GoPros on board so the girls could document its journey.

“One of the lessons … that we learned was to always be optimistic because there are a lot of things that we thought were going wrong, when, in fact, everything was going right,” said Kimberly of the launch.

Their innovative endeavor caught the attention of the Obama administration and the girls were invited to participate in the White House Science Fair last week.

Diane Cook and her team of researchers are developing smart homes with the ability to learn. The technology is designed to help older people live more independently and stay in their homes longer. The systems would also give relatives a better understanding of how their aging loved ones are doing.

As the Baby Boomer population ages, Cook believes it’s vital to innovate and provide technologies to ease the strain that nursing facilities and in-home care will face.