Nearly a year ago, Mark Nagle was on the hunt for a location that could serve as Expedia’s new headquarters. He found himself standing outside one spring afternoon on a sprawling campus along the Seattle waterfront. There was a massive cruise ship docked at Pier 91. The chugging sounds of a train carrying Boeing fuselages then echoed nearby; another, destined for Chicago via Amtrak, prepared for departure. Looking upward, Nagle saw jets descending to the Sea-Tac airport, holding their flight patterns in the sky.

This, he thought, was the spot.

“It was just screaming travel,” recalled Nagle, Expedia’s VP of Global Real Estate. “We had to take this. We were right in the middle of it.”

A few months later, Expedia announced that it was re-locating its headquarters from Bellevue, Wash., to Seattle, paying biotech giant Amgen $229 million for its prized 40-acre waterfront campus on Elliott Bay.

The travel giant won’t officially move to its new HQ until 2019, but Nagle sat down with GeekWire inside the new building this week to reveal some preliminary design and architectural plans for what will surely be a state-of-the-art workplace just outside of downtown Seattle.

Here’s what the land area currently looks like from above, with the yellow outlines showing where Expedia plans to expand the existing Amgen campus. 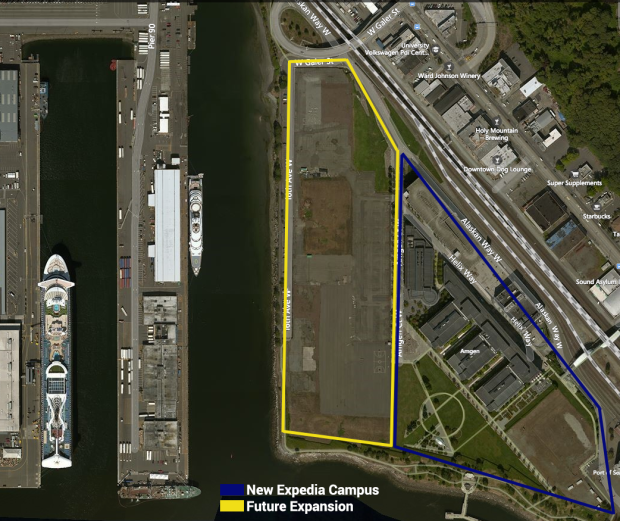 And here’s the current site plan. You’ll notice an extension of the three buildings that stand parallel to each other, along with a new circular structure that surrounds a courtyard — the latter two of which will be built on 10 acres of open land that Amgen planned to develop on, but ultimately never did. 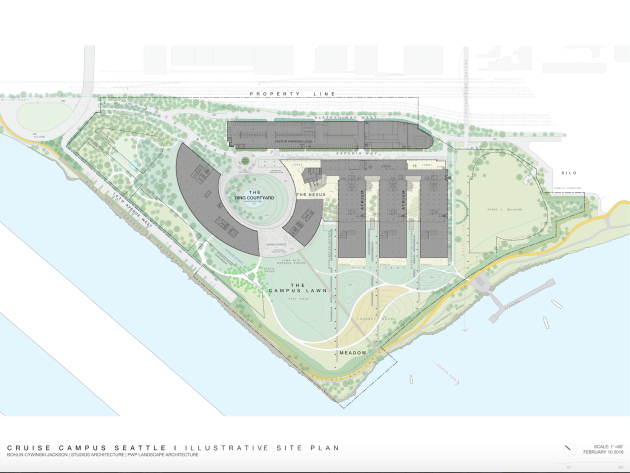 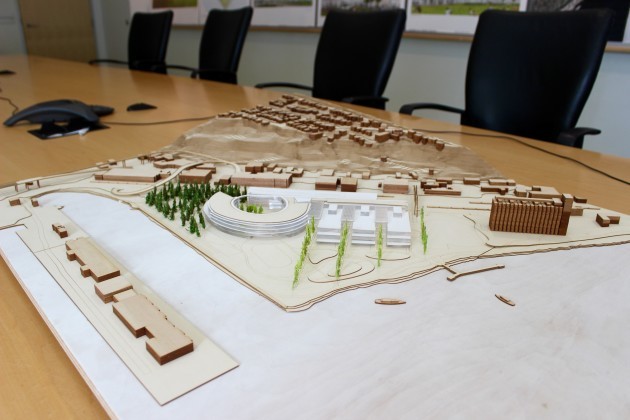 Expedia, which has a website dedicated to the new campus, plans to repurpose four existing lab buildings into new open workspaces with higher ceilings which will allow more light, and extend each of them westward in a terraced manner. The buildings will be connected by a series of open atriums — “very distinct gathering and stopping places for employees at least multiple times a day,” noted Nagle — and the entire campus will technically become one solid structure.

Here’s what the vision is:

From another angle — the vision, then what it looks like today:

Here’s what the vision is for the inside of the atriums and courtyard: 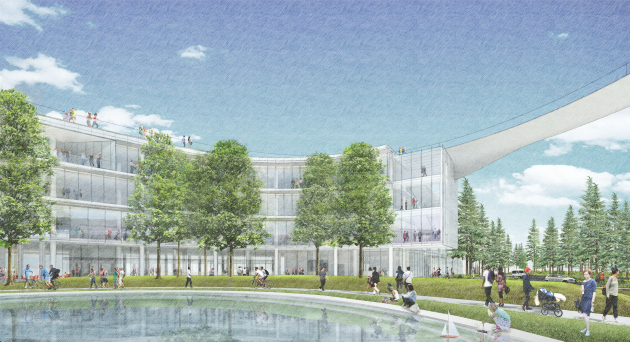 As it began looking for a new headquarters, Expedia laid out themes it prioritized when assessing potential locations. The company focused on the site location itself; the opportunity for scalable growth; a site that helped recruit employees; and providing “delightful” experiences for employees.

“Once we found this site, we were like, ‘this is the place where we can do all of this,'” noted Nagle, a 16-year veteran of Expedia.

From there, Expedia organized a project team. It hired Seattle-based Bohlin Cywinski Jackson, the architectural firm behind the Avenue Apple Store in Manhattan and Seattle public buildings like City Hall, to design the office. For the outdoor scenery, it hired PWP Landscape Architecture, which worked on projects like the 9/11 Memorial. For interior design, Expedia tapped Studios Architecture, which has a long-time relationship with Apple.

The company, which plans to open a smaller Seattle office this summer close to the new HQ, also has design-specific themes it will focus on. It wants to capture views and light from taller windows than what exists today; it wants to provide places for collaboration; and it wants to connect with nearby neighborhoods and really feel like a community member.

“We want to be part of that urban experience,” said Nagle, who noted that Expedia is partnering with several local neighborhood groups as it prepares to open the new HQ in Seattle’s Interbay neighborhood. 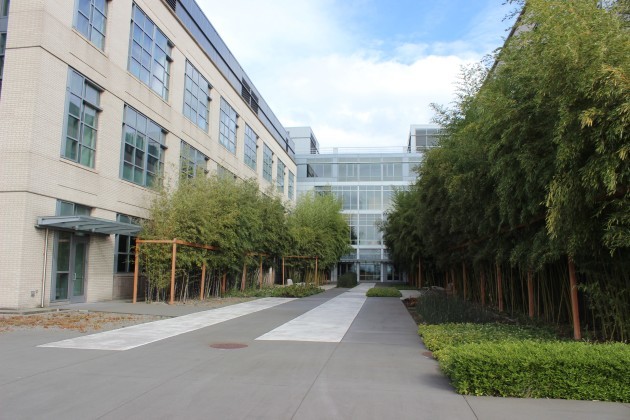 When 2019 rolls around, it will be a substantial change for Expedia’s employees. They will go from a vertical headquarters in a Bellevue skyscraper to a campus that mimics the feel of a Google or Apple HQ that happens to be just minutes from downtown.

Nagle is looking forward to the move, as will many folks — except maybe those that will be forced to commute from the Eastside for double, or even triple the amount of time (about 75 percent of the company’s employee in the region live on the Eastside and 25 percent on the Seattle side, Expedia CEO Dara Khosrowshahi said last year).

Nagle said there’s a certain “buzz” that exists in Bellevue and he hopes it carries over to the new Seattle office.

“Here, the buzz will be in a more comfortable place than standing in line for an elevator,” Nagle said. 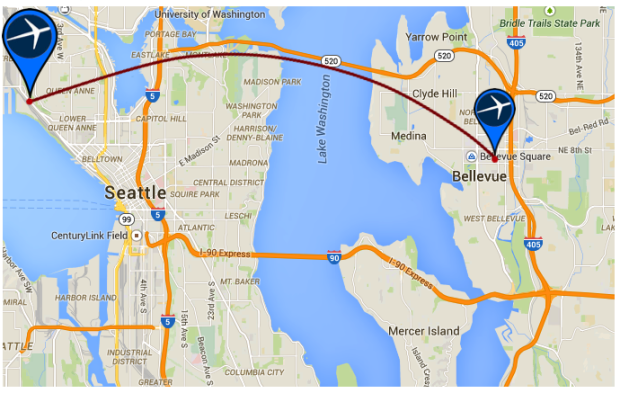 These initial sketches are for what Expedia describes as “Phase I,” which encompasses about 1.2 million square feet and will open in 2019. There are plans for “Phase II” and “Phase III” that could expand the campus to 1.9 million square feet, but Expedia is giving itself a 15-year timeframe to work on the latter two phases and gain approval from city officials.

The new “Phase I” building will accommodate as many as 4,500 more employees; Expedia currently employs around 3,000 in Bellevue. Construction is set to begin later this year for Phase I.

Beyond announcing the big move, it was a busy 2015 for Expedia. The company completed its $3.9 billion acquisition of HomeAway in December, challenging rising competitor Airbnb in the sharing economy travel industry. It also continued to adjust after its $1.6 billion acquisition of Orbitz, cutting staff in November.

Expedia posted $1.7 billion in revenue for the fourth quarter of 2015, up 29 percent from the year-ago quarter, but missed analyst expectations for earnings.