Facebook this morning is providing the first official look inside its new Seattle office, designed by renowned architect Frank Gehry as the new home of the social network’s Pacific Northwest engineering outpost.

“Seattle is a key part of our long-term ambition to connect the world,” said Mike Schroepfer, the company’s chief technology officer, at a news conference unveiling the new office. “It’s a really huge part of our future.”

It’s a symbolic moment for the Seattle region’s tech boom, as out-of-town giants like Facebook and Google contribute to the industry’s growth along with homegrown tech titans like Microsoft and Amazon, as well as hundreds of tech startups. They’re all competing fiercely for tech talent, and Facebook’s new offices represent another amenity that it can tout to engineering prospects.

The social networking giant’s new office maintains the look of its other spaces, with exposed ductwork, raw concrete floors and unpainted plywood walls. Facebook likes to say that the unfinished look is a reminder that its work to connect everyone on the planet is far from done.

“The team is really excited to be here,” said Jay Parikh, the vice president who heads up engineering and infrastructure at Facebook, in an interview with GeekWire this morning. “It feels like Facebook now.”

Work is taking place in Facebook’s Seattle office on projects including Facebook Messenger, the Facebook platform, the Nuclide developer infrastructure, advertising ecosystem and other initiatives. Projects include some related to Facebook’s recently unveiled 10-year roadmap and others that are more short-term, Parikh said.

In some cases, Facebook takes its cues from the incoming talent to determine what the office will focus on. For example, the company’s cold storage system is developed in Seattle because the company was able to recruit engineers with expertise in that area.

Facebook opened its first Seattle engineering office in 2010, near Pike Place Market, and later moved to occupy multiple floors in the Metropolitan Park complex near Interstate 5.

The company surpassed 500 employees in the Seattle office early last year, cementing its position as the company’s largest engineering center outside of its Menlo Park, Calif. headquarters. Including operations of Facebook-owned Oculus, the company now has around 1,000 employees in the area, reflecting another year of strong growth, Parikh said.

“We’ve been growing very aggressively here,” he said, noting that the market for talent here is increasingly competitive, but still not as much as in Silicon Valley.

The new office, at 1101 Dexter Ave. N., has room for up to 2,000 people, and the developer of the Dexter Station project has already filed plans for an expansion that could give the social network even more room, if it leases the additional space.

Facebook’s new office plays into many of the signature cultural aspects of Facebook, with interconnected floors and open collaboration spaces in addition to areas where employees can retreat for interrupted work. The company also made a heavy investment in video conferencing for engineers to connect with teammates in other Facebook offices.

Check out GeekWire's list of Seattle-Area Engineering Centers established by out-of-town companies.
GeekWire got a sneak peek of the office previously, through the windows, but those photos didn’t do justice to the experience inside the space. Although Facebook is giving the media its first official look inside the engineering center this morning, employees have actually been in the space for the past week, providing glimpses of the new office via Facebook, of course.

Facebook’s growth is part of a larger boom in engineering centers established by Silicon Valley tech giants in the Seattle region. Google, which led the wave, recently announced plans to move its Seattle engineering center, currently in the Fremont neighborhood, to a new campus in South Lake Union, near Amazon’s headquarters.

Kate Joncas, a deputy mayor with the city of Seattle, said Facebook’s focus on virtual reality and 360-degree videos will help to cement the region’s expertise in those areas. “We think we have a growing ability to be known for that here,” Joncas said in her comments during the news conference.

Here are more pictures from the company, including photos of the rooftop deck. 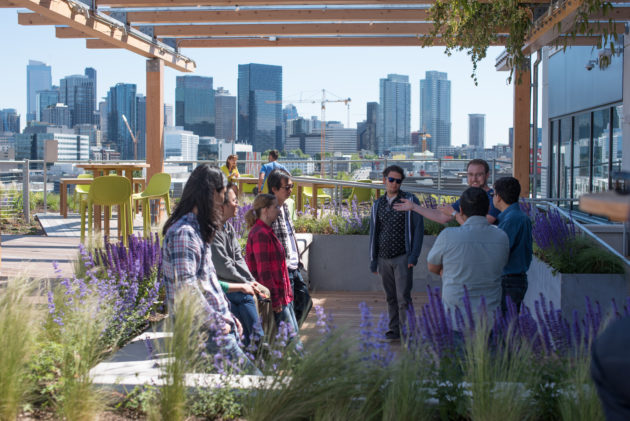 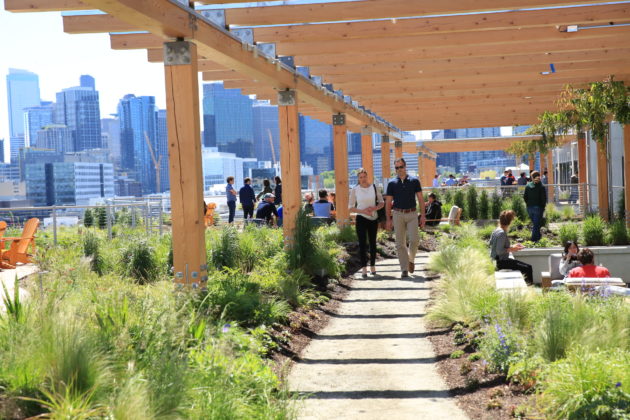 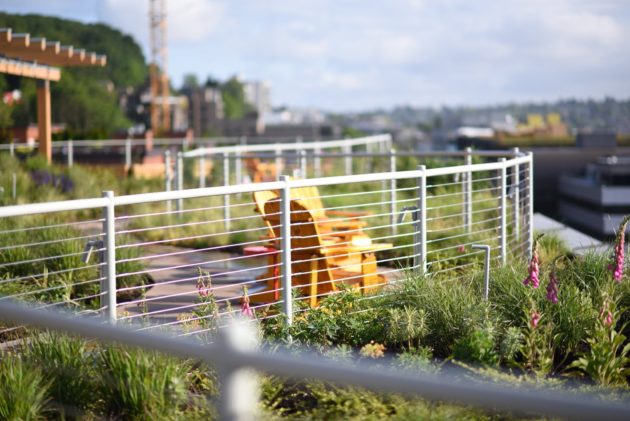 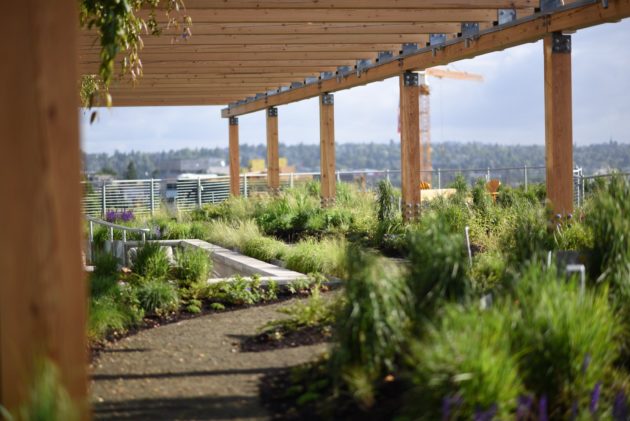 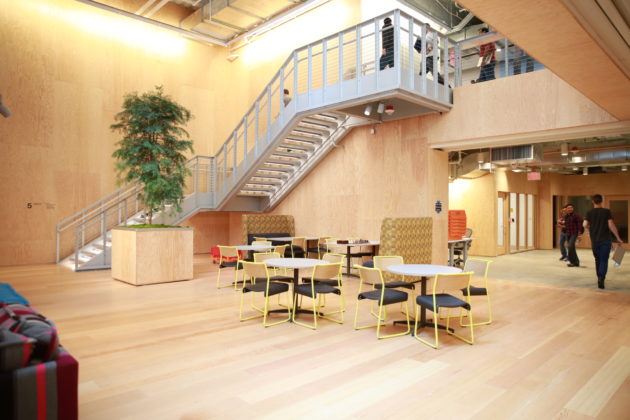 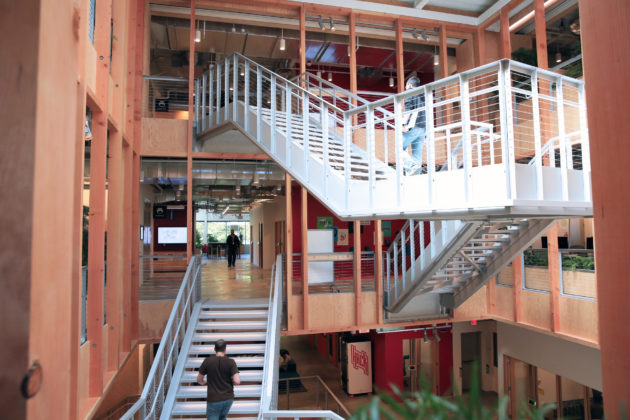