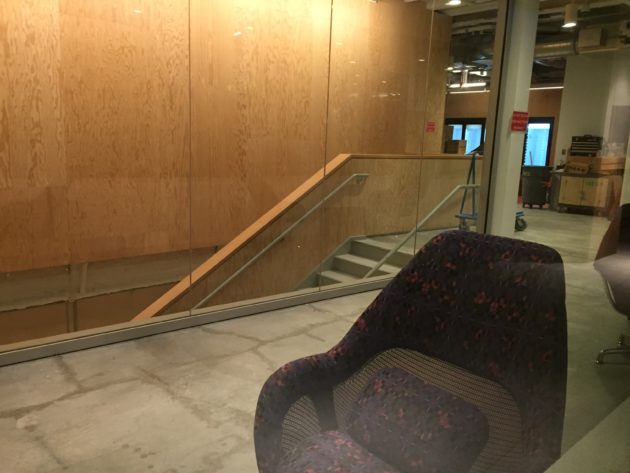 Facebook is preparing to move its Seattle engineering office into a spacious new office building near Lake Union, giving the social network room to add even more people to what is already the company’s largest engineering center outside of its Menlo Park, Calif., headquarters.

The company isn’t yet allowing people inside the space, but GeekWire was able to get a sneak peek, literally, from the surrounding sidewalks and nearby buildings. 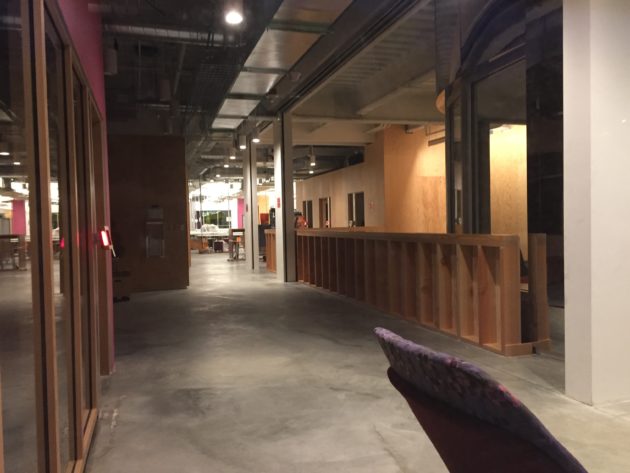 It’s not the same as actually touring the office, which we’ll do at a later date. There are lots of interior features and spaces that we’re not seeing in these photos.

However, our partial glimpse makes it clear that Facebook is continuing its tradition of “unfinished business” with this new engineering office. In addition to exposed ductwork and raw concrete floors, the space features unpainted plywood walls, similar to the newest buildings at the company’s Silicon Valley headquarters.

Facebook likes to say that the unfinished look is a reminder that its work is far from done. 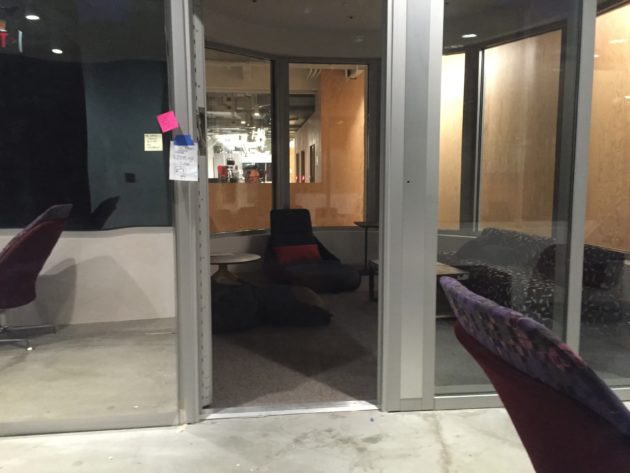 Our view through the windows also included some hints of Frank Gehry, the renowned architect who designed Facebook’s new Seattle space. Several of the walls inside the offices and on conference rooms are mirrored, in a style reminiscent of a more visible Gehry project in Seattle, the EMP Museum. 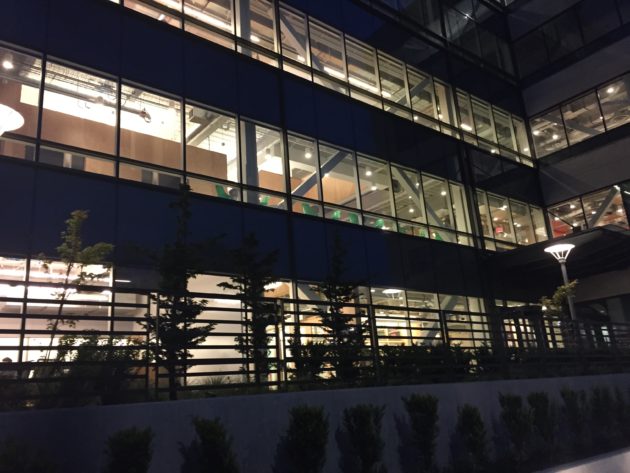 Facebook employees are expected to move in the coming days, but in the meantime there is a flurry of activity at the building on Seattle’s Dexter Avenue. Stacks of computers are visible through the window, and food and restaurant supplies including a full van-load of Vitamix were unloaded while we were there. 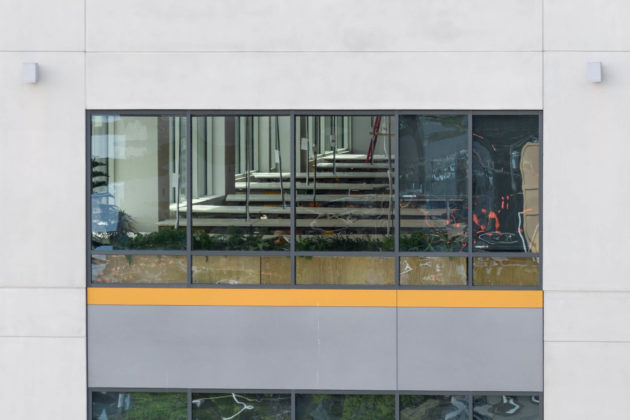 From a nearby building and sidewalks, we also got a glimpse of the company’s new rooftop deck. 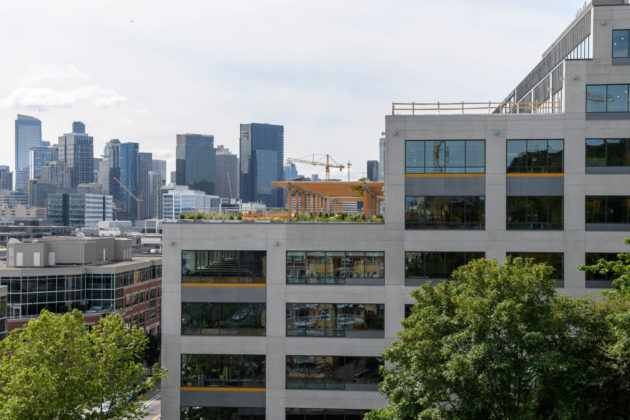 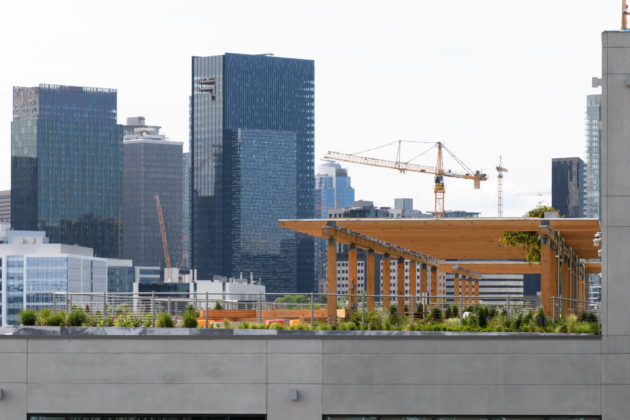 Facebook is currently located in offices next to Interstate 5 in Seattle. The new building will give the company room to employ as many as 2,000 people in the city, and a planned expansion of the building could provide even more space in the future.

The growth is part of a larger boom in engineering centers established by Silicon Valley tech giants in the Seattle region. Google, which led the wave, recently announced plans to move its Seattle engineering center, currently in the Fremont neighborhood, to a new campus in South Lake Union, near Amazon’s headquarters.