The Marvel universe is huge, and not just in the number of characters or stories being told. Marvel’s stories also span just about every medium, from the original comics to animated shows to blockbuster movies. And of course there are video games, the latest of which is coming out today.

Marvel: Avengers Alliance 2 is a follow-up to the Facebook-based turn-based team role-playing game, built by a Disney Interactive team in Bellevue, Wash. But this isn’t another Facebook game; now they’re taking things mobile. 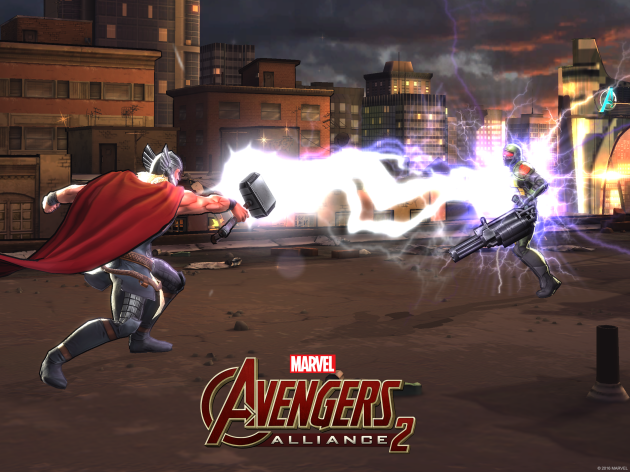 The new app brings the turn-based game to mobile devices, but it also adds in the third dimension. The game is still animated with comic book stylings, but detailed 3D environments, along with in-depth attack and reaction animations, make the game look much more modern on mobile devices.

For a studio focused on Facebook games — which are usually pretty limited — the move may have seemed daunting, but turned out to be pretty natural.

“Start to finish, two weeks we built it,” senior producer Justin Wood said. “Started showing it to people and everybody’s like ‘Wow, this is really cool in 3D, this is really going to work.'”

However, this isn’t the first time the studio has made a big leap into a platform. This branch of the Disney Interactive network started off as Offbeat Studios, which was known for Facebook games like Super Farkle—not exactly Marvel-style gaming. That studio was acquired by Playdom in 2010, which was in turn acquired by Disney later that year. Disney put the studio under the Disney Interactive branch, and it now has a sister studio in Palo Alto working on Star Wars titles.

But before the first Marvel: Avengers Alliance game made its debut, art director Leigh Kellogg said bringing comic book games to Facebook was seen as a risk. 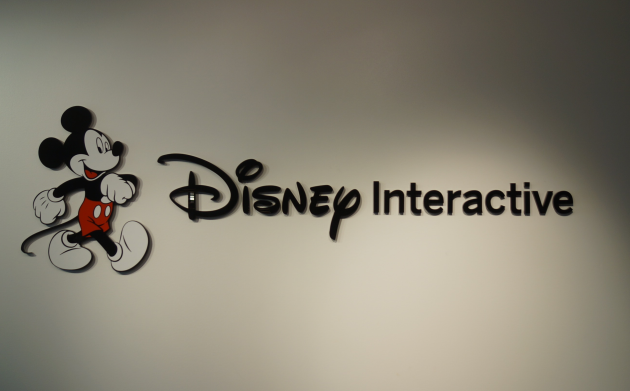 “The two studio heads at that time,” he said, “they pulled me in because they were a little concerned, because at the time, this was a game for Facebook and most of the games on Facebook were oriented towards women ages 35 to 55.”

The executives weren’t sure that people who played Facebook games would even know Marvel or the Avengers, but decided to go ahead with the game.

“Turned out there were a lot of guys on Facebook that would like to have played games, they just didn’t have anything they wanted to play yet,” Kellogg said.

“That’s really a lesson learned, right?” studio operations director William Schmitt said. “Which is, it’s a good game but it was, the question was, is it right for the platform? Is it right for Facebook?”

The original game didn’t take off at first, but as the team learned what a new audience wanted, they were able to build a game that proved highly popular. And people are still playing it.

“When we first launched [the original game], we said this game is going to be around two years” Woods recalled. “We just celebrated our fourth anniversary and it is still going strong and there is still a ton of content planned for the game. Who knows when it’s going to end? I don’t!”

While the original game will still be developed by a dedicated team, the focus is now on the sequel. And just a week before the launch, on the day the team sent the app to Apple for approval, all was calm in the office. Teams were working on art and testing the game, but everyone was having fun working with characters they love.

“Marvel is so many different things to so many different people,” Woods said. “If you ask any person in the office, I’m not sure you’ll get any two answers the same about who their favorite character is or what they love most about the universe.”

While many of the mechanics are staying the same, the story is fresh. Players will manage a team of Avengers as they fight to figure out why piece of the planet are disappearing. With true story-based missions, the studio is expanding the existing Marvel universe with their own plots.

At launch, players will be able to play through three chapters and a special operations mission. The studio will continue to add chapters and “Spec Ops” down the line as well.

The game follows the standard free-to-play model, where each part of the story is completely accessible without paying a penny, but users can refill energy meters and power through the game by spending real money. It’s available now for iOS and Android.