Post updated below with news conference video and copy of complaint.

“The lawsuit accuses Comcast of engaging in a pattern of deceptive practices constituting more than 1.8 million individual violations of the Washington Consumer Protection Act,” the AG’s office says in a media alert. “The company’s conduct impacted approximately 500,000 Washington state consumers.”

Update, 9:30 a.m.: In a statement to GeekWire, Comcast indicates that the dispute involves its Service Protection Plan, a monthly fee that covers maintenance of in-home wiring for Xfinity TV, Internet and voice, and troubleshooting for customer-owned equipment.

“The Service Protection Plan has given those Washington consumers who chose to purchase it great value by completely covering over 99% of their repair calls,” said Beth Hester, vice president of external affairs for Comcast in Washington state. “We worked with the Attorney General’s office to address every issue they raised, and we made several improvements based on their input. Given that we were committed to continue working collaboratively with the Attorney General’s office, we’re surprised and disappointed that they have instead chosen litigation.  We stand behind our products and services and will vigorously defend ourselves.”

Update, 10:35 a.m.: Speaking at the news conference, Ferguson said Comcast “grossly misrepresented the service protection plan,” saying that it was a “comprehensive” service when in fact it was limited, he said. Ferguson cited evidence including internal Comcast customer service scripts, alleging that the company overstated the coverage provided by the service protection plan.

Comcast charges $4.99 a month for the Service Protection Plan, and Ferguson says Washington consumers paid more than $73 million in subscription fees for the plan since January 2011.

“The bottom line is, I refuse to allow Comcast to put profits before people,” he said.

Responding to Comcast’s statement, Ferguson acknowledged that the company has “corrected some of our concerns,” but said “for the better part of a year, they did nothing,” and it took the imminent filing of the AG’s complaint to get Comcast to take action.

“This was not just on occasion, once in a while, at all,” Ferguson told reporters. “This was systematic, over a period of years in which they set about to induce Washington state consumers — hundreds and hundreds of thousands of them — to put their hard-earned dollars for a product that was not what Comcast promised. That’s not OK.” 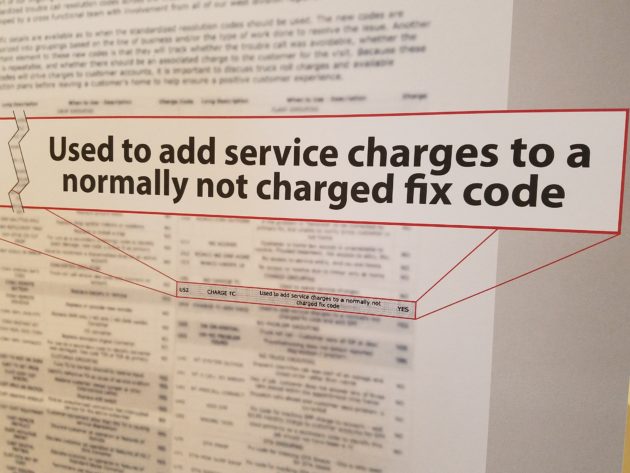 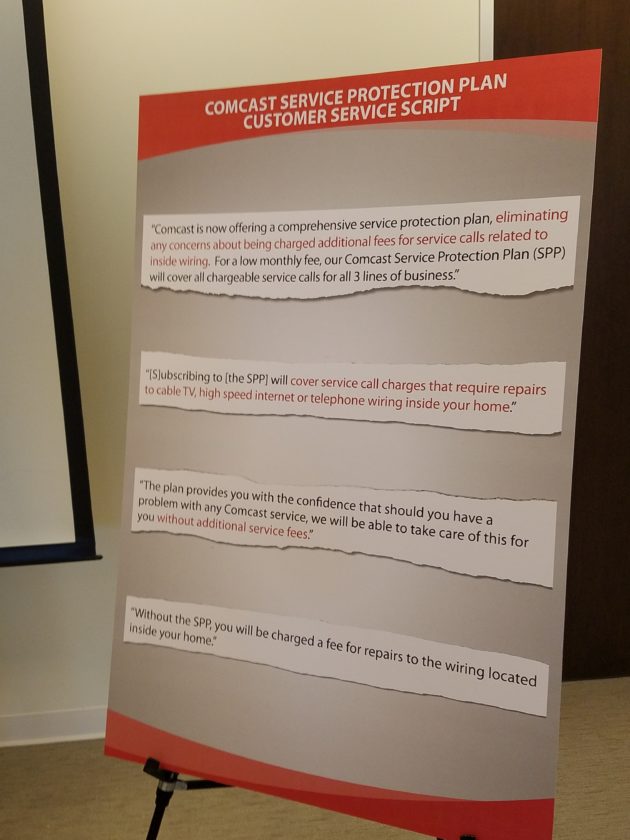 Update, 11:15 a.m.: Here are the specific points from the lawsuit, as filed in King County Superior Court this morning.

The complaint alleges that Comcast charged thousands of customers for service calls related to its own equipment or network problems.

“Likewise, although Comcast claimed the SPP covers all service calls related to customer-owned equipment, it does not cover any actual repairs relating to customer equipment,” the complaint adds. “It simply covers the technician visiting the customer’s house and declaring that the customer’s equipment is broken.”

Here’s a live video stream from GeekWire’s Taylor Soper at the news conference.

Here is a copy of the lawsuit from King County Superior Court.