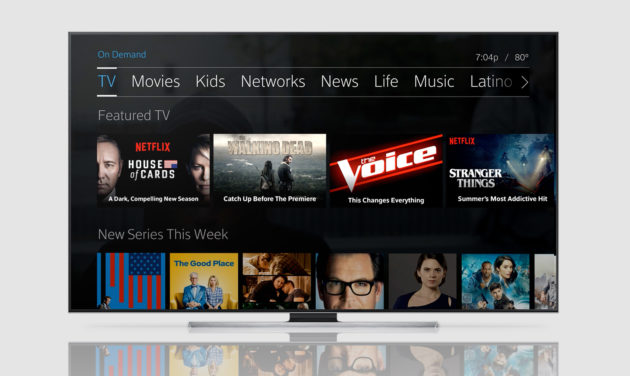 Starting next week, that voice command will allow Comcast customers to stream Netflix content on their X1 set-top boxes. Netflix will be integrated into the system so that users can browse the streaming giant’s offerings alongside other on-demand content.

Customers can also search by an actor’s name and see all the programs they are in, across Xfinity and Netflix’s libraries.

When Comcast announced the partnership with Netflix in July, it signified a thaw in the previously icy relationship between the two entertainment titans. Netflix has been a vocal critic of Comcast in the past, saying the broadcast giant violates net neutrality.

But it seems the two have put aside their differences to launch a mutually beneficial partnership. The deal allows Comcast to compete with Internet-TV companies that offer apps and could help Netflix grow its subscriber base.

One aspect of the deal, in particular, could help Netflix reach new subscribers. Comcast customers without Netflix can sign up directly on the X1 system and have the service added to their Comcast bill.

“Netflix has been a terrific partner, and our incredible teams of engineers and designers have come together to create an experience that is not only seamless and intuitive, but also lets viewers search and watch tens of thousands of movies, shows, specials and documentaries with the sound of their voice,” said Comcast Cable CEO Neil Smit in a press release.