In a broadside aimed directly at Comcast, Netflix devoted a section of its quarterly shareholder letter on financial performance to call the cable provider out for exempting the Xfinity On Demand Xbox video streaming app from its own broadband usage caps.

On page four of the letter under the bold headline “Internet Caps Should Apply Equally, or Not At All,” Netflix strongly criticized Comcast for working around the 250GB monthly residential limit. The letter pointed out the limit applies to Netflix, Hulu and HBO GO apps on Xbox, and implied that Comcast’s contention that its Xbox Live app somehow uses bandwidth differently is untrue. 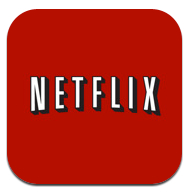 “This is not neutral in any sense. The Xbox is a pure Internet device with a single IP address, works over a consumer’s home wifi, and data to the Xbox is Internet data,” noted Netflix CEO Reed Hastings and CFO David Wells in the letter. “When the Xfinity Xbox app uses lots of bandwidth, it competes for that  bandwidth with all other Internet usage and users in the home. The Xfinity Xbox app ‘speaks’ TCP/IP like any other Internet device.

“The only difference between the Xfinity Xbox data and Netflix Xbox data is the Xfinity data is favored by Comcast exempting it from the cap.”

The pair concluded: “Comcast could raise the cap and make it apply equally or just eliminate the caps. Net neutrality  principles mean a level playing field for all Internet applications.”

Last month, Comcast released the Xfinity Xbox app, noting the 250GB cap would not apply because, “the content is being delivered over our private IP network and not the public Internet.”