“Given Amazon’s size and ambitions, we continue to track their progress carefully as well.” 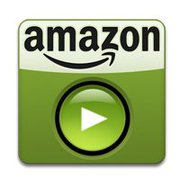 Overall, Netflix came in near the top end of its earlier forecast with 23.41 million domestic and 3.07 million international streaming subscribers, adding nearly three million subscribers in the first quarter. DVD subscribers continued to decline, falling more than one million from Q4 2011 to 10.09 million.

Instead first noting Hulu’s new original series, and platform and country expansion, Hastings and Well then continued, “Amazon continues to grow its U.S. video content library available through Amazon Prime. We think they are still substantially behind Hulu in viewing hours. Given Amazon’s size and ambitions, we continue to track their progress carefully as well.”