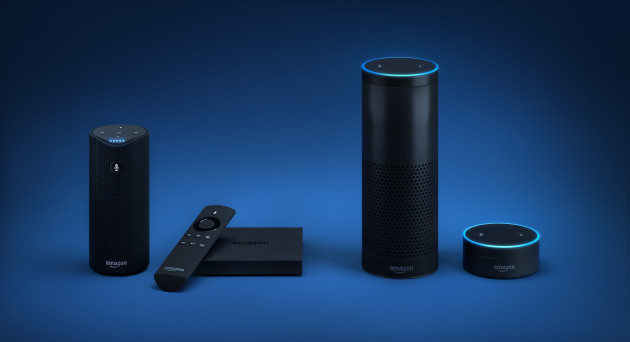 A pair of Wall Street analysts are high on Amazon, and they project the company’s stock may soon exceed $1,000 per share. Friday morning, Amazon’s stock hovered around $779 per share. 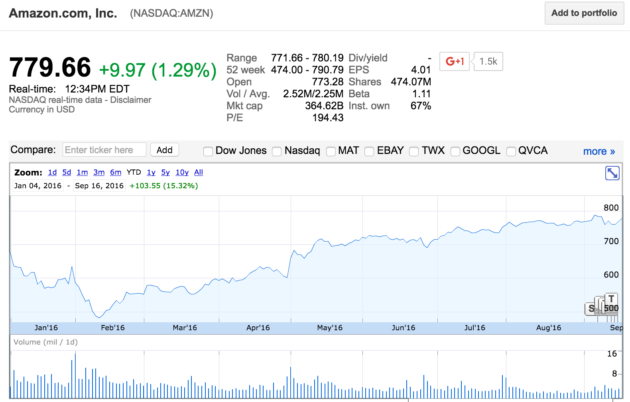 Mark Mahaney of RBC Capital Markets and Ken Sena of Evercore ISI both put out notes trumpeting Amazon Thursday, but for different reasons. Mahaney cites the potential of Amazon’s digital brain Alexa as the next big thing for the company, while Sena is most excited about the possibility of big cost savings due to automating the delivery process.

Mahaney surmises that Alexa, and the catalog of devices it powers, such as the Echo, could become the coveted fourth pillar that Amazon CEO Jeff Bezos mentioned in a shareholder letter last year. The company’s first three pillars are its retail marketplace, Prime subscription service and Amazon Web Services cloud computing platform.

Mahaney cites an RBC survey showing only 33 percent of Amazon customers know about Alexa devices and only 6 percent own one. But those that do, are highly satisfied. RBC extrapolates its survey numbers to estimate that Amazon has sold approximately approximately 7 million Alexa-powered devices, worth approximately $1 billion in sales.

Those numbers may change pretty quickly after Amazon earlier this week released a new version of the Echo Dot and dropped the price from $89.99 to $49.99. 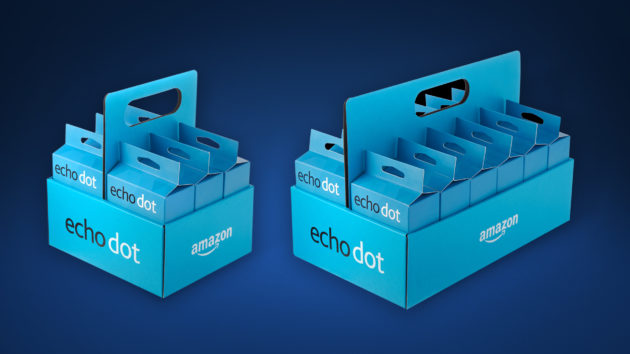 And furthermore, Echo, Echo Dot and Tap are only the beginning for Alexa, Mahaney writes. She is already integrated into Amazon Fire TV and other fire products, and soon she might make her debut on third party devices. Lenovo is in talks with Amazon to integrate Alexa into its PCs.

Alexa’s ability to do things like find people’s phones, read tweets or turn on the oven is cool for the customer, but where Wall Street sees real potential is in online sales via voice ordering.

“We believe Amazon is using Alexa to build an ecosystem around Voice Services. The company is using its core competency in cloud computing to develop a voice assistant that can provide a new interface for consuming online content and services while reinforcing its value proposition in retail. In other words, with Alexa, Amazon is removing additional friction out of the transaction layer and making online commerce even more convenient,” Mahaney writes.

Sena sees a great opportunity for Amazon to take over logistics and shipping using automation and machine learning. Amazon in recent years has heavily invested in shipping, from the beginning of the journey with its distribution centers, all the way down to the last mile through on-demand Amazon Flex drivers delivering Prime Now items and eventually drone delivery.

As Amazon builds out its own supply chain, Sena believes the company will automate the process at numerous levels. He argues that automation can save between 10 and 25 percent on transportation costs, which represent more than half of logistics spending.

Sena acknowledges we are a long way from driverless Prime Now deliveries, but one place that automation is already starting to take hold is trucking.

“The initial application to trucks/long-haul should not be surprising as the relative simplicity of routes taken (i.e. largely driving on one road for extended periods of time), the heavy fuel consumption, safety concerns, and regulations around driver hours (laws prohibit drivers from operating more than 11 hours in a day and 70 hours in a week) offer the potential for immediate cost savings, even if it still requires a driver to be present,” Sena writes.

Beyond automation, Amazon has other ways of upping its efficiency. This is where the interplay between all of the company’s various ventures become important. Machine learning technology developed using AWS has numerous applications for Amazon’s retail business. Here is one example:

“In 2014, Amazon patented “Anticipatory Package Shipping” essentially giving them the IP to ship unaddressed packages to locations where they believe a purchase will likely soon be made,” Sena writes.