Amazon this morning unveiled a new version of its Echo Dot smart speaker — upgrading the hardware design, dropping the price to $49.99 from the previous $89.99, offering a new white color option, and making the pitch to put one of devices in every room of a house.

Echo Dot is the smaller sibling to the full-sized Echo smart speaker, offering the same capability to interact with Amazon’s Alexa voice-activated assistant. Echo Dot comes with a smaller speaker, but unlike the original Echo it can plug in to external speakers or connect via Bluetooth. 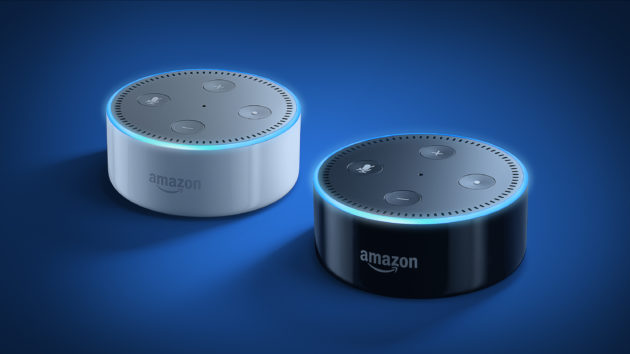 To make it easier to fill a house with Echo Dots, the company is offering the option for six- and 12-packs of the upgraded device, offering one free Echo Dot as part of a six-pack (reducing the price to $250), and two free devices as part of a 12-pack (reducing the price to $500) using a special code at checkout. Amazon used a similar bulk-buying strategy when launching its $50 Fire tablet last year.

In a news release announcing the new device, Amazon CEO Jeff Bezos was clear about the vision, saying the new price makes it “easier than ever to add Echo and Alexa to any or every room in your home.”

This part of a broader effort by Amazon to expand the reach and capabilities of Alexa. With its smart home speakers, the company is taking a different approach than rival virtual assistants from Apple, Google and Microsoft, which have their roots in smartphones. Amazon’s own attempt to launch a smartphone didn’t work out as planned, but the company has experienced a surprise hit with the Echo product line.

Amazon yesterday announced that Alexa has reached 3,000 third-party skills that extend the virtual assistant’s capabilities and position the Echo devices as hubs for the smart home, able to connect with and control a variety of devices, from smart bulbs to appliances.

The announcement wasn’t a major surprise: Amazon tweeted about the new device earlier this week, apparently inadvertently, before removing the tweet. The Echo Dot is available for pre-order starting today, shipping on Oct. 20.

Amazon also announced today that it’s releasing the Echo and the new Echo Dot in the UK and Germany “in the coming weeks.”