Ian Freed, the Amazon executive who helped lead the retailer’s ill-fated Fire Phone efforts, has re-emerged at the company, according to a published report.

After the Fire Phone failed to catch on with the public, Freed took a sabbatical, but is now a vice president at Amazon’s Restaurant-delivery service, according to Re/Code. A check of Freed’s LinkedIn profile confirms this. In addition, Freed’s profile indicates he is also a leader within Amazon’s ticket-sales business. 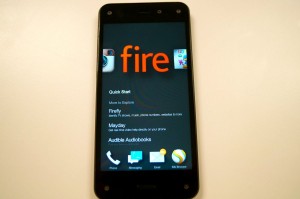 Freed has worked at the company for 11 years. His sabbatical was reported in January 2015 and it closely followed the disappointing release of the Fire Phone. The device was considered a flop and Freed oversaw the marketing efforts. Still, he must be valued at the company. Some of the other executives who were attached to Fire Phone are no longer at Amazon.

Amazon promises two-hour delivery of select restaurant food to Prime members as part of its Prime Now service, available in Seattle, Chicago and five other US cities.

According to Re/Code, Freed was once Amazon CEO Jeff Bezos’s technical assistant, “a highly coveted role.”