It’s taken more than a year, but Amazon has finally exhausted its supply of Fire Phones.

At least that appears to be the case based on the phone’s product page, which now lists the device as “currently unavailable,” with an additional note in the buy box, stating: “We don’t know when or if this item will be back in stock.” 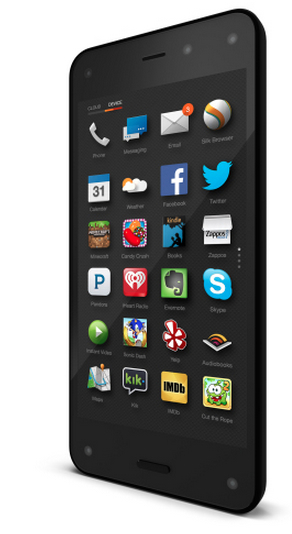 Often times when a product becomes unavailable, people speculate that a new model is in the works and is close to launching.

That was the case with the Amazon Fire TV, which has now been unavailable for the past several weeks. After reports first surfaced that the device was sold out, several media outlets reported a new streaming TV device was coming soon.

But in this case, the Fire Phone is unlikely to make a reappearance. According to a recent story in the Wall Street Journal, Amazon has laid off “dozens” of Fire Phone engineers at its labs in California. The WSJ reports that the e-commerce giant is scaling back its device plans, which includes postponing a new version of the phone indefinitely.

Therefore, the unavailable status is more likely an indication that they’ve finally exhausted their supply and they don’t have plans to manufacture anymore.

UPDATE: An Amazon spokeswoman confirmed that the company sold out of its inventory of Fire Phones in the U.S. and globally at the end of August.

At the phone’s July 2014 launch event, the Seattle retailer proudly showed off the phone’s capabilities, including the ability to navigate the user interface using dynamic perspective, with features including a service called Firefly for quickly finding and identify books, DVDs, songs, phone numbers, and more. But consumers were less than enthusiastic about the phone’s magic tricks, and sales sputtered.

In October, Amazon said it had roughly $83 million worth of inventory on hand at the end of the third quarter, and took a $170 million charge because of it. Since then, the company has tried countless sales to get the phone to fly off the shelves.

At launch, it cost $199 with a two-year AT&T service agreement, and $649 without a contract. Later, Amazon experimented with dropping the price of the Fire Phone to 99 cents with a two year wireless contract on AT&T. This summer, Amazon slashed the cost of the phone to essentially $60, including a free year of Amazon Prime (a value of $99).

But just because Amazon isn’t selling the device, doesn’t mean that the phone is completely unavailable. A seller on eBay that goes by the name “qualitycellz” is unloading a 32GB version with a year of Prime and a warranty for $139, which makes the device $40.

In all, the reseller says that it has sold 12,960 devices, but you’ll have to act fast because it is more than 90 percent sold out.