There are sprinkles of Amazon influence at Seattle startup Convoy, and that’s not by mistake.

Convoy CEO Dan Lewis spoke at a Startup Grind event in Seattle on Tuesday evening at Galvanize and talked about how both his time at Amazon and the advice from Jeff Bezos — who happens to be an investor in Convoy — helped craft some of the cultural values at Lewis’ new on-demand trucking startup.

The company, founded just 14 months ago, has been called the “Uber of Trucking.” Convoy’s on-demand service matches trucking companies with shippers that need to move freight, like pallets of steel, for example. The startup built a smartphone-based, Uber-like system that lets truckers find jobs in a matter of minutes without the traditional legwork required when using a broker.

Before starting Convoy with Grant Goodale, Lewis worked at Amazon, where he spent two years as a general manager for “new shopping experiences.” He said there are two qualities of Amazon that most made an impact on him and how he thinks about running his own startup today.

The first is about defining company values that your employees can apply to their work each day. Lewis described it as “common language” and at Amazon, it was perhaps most important when giving feedback.

“It’s actually really empowering for people in a company who want to speak up and push back, to have a set of company values they can pull from and use that language to push back,” he said.

As Lewis tried to create values for Convoy last year, he asked Bezos how Amazon created its company values. The Amazon founder explained that it didn’t happen until Amazon had around 100 employees.

“We didn’t just go set the values,” Bezos told Lewis. “As the company developed, we thought about what was working, captured that, and decided on a set of things that we would actually live by.”

Lewis and his team did exactly that, waiting until the 12-month mark to work on a set of values.

“We looked back and asked what made us successful as a business,” he noted. “We wanted to live by these values and use them in our company’s day-to-day conversations.”

Today, one of Convoy’s core value tenants is about falling in love with the problem you’re working on, not the solution you came up with, Lewis said. He used Amazon as an example, describing how the “Amazon Reviews” team came up with a brilliant e-commerce innovation to let customers leave reviews, but also became too focused on the review aspect of the solution once there was traction.

As the company developed, we thought about what was working, captured that, and decided on a set of things that we would actually live by.

So, Amazon went back to the root of the problem — how to give customers confidence to buy — and later created features like “Ask A Question” or better ways to assess how clothing might fit.

“Every goal they set was about how to make reviews go up and to the right,” Lewis said. “The reviews were incredibly valuable, but it also limited your ability to think about how to solve that problem. If you forget about a problem and focus on the solution, you may actually miss out on five other amazing opportunities.”

Another core value that Convoy established is what Lewis calls “know why” — the idea of understanding the purpose of your work, and why it is helping the company. Moreover, it’s about passion. If more employees are passionate about their work, then productivity can skyrocket, Lewis said.

“What do you need to set up in your company that makes it so as you get bigger, you can have the most people that are just diehard fans and passionate about going to work everyday,” Lewis said.

Lewis added: “You can’t exercise independent judgment and can’t go off script and can’t handle exceptions if you don’t know why you’re doing something.”

Lewis said that he also learned a lot about transparency when working at Amazon. He described the well-known tradition at Amazon meetings, where Powerpoints are replaced by thick stacks of Word documents that are read by employees before the start of each meeting. 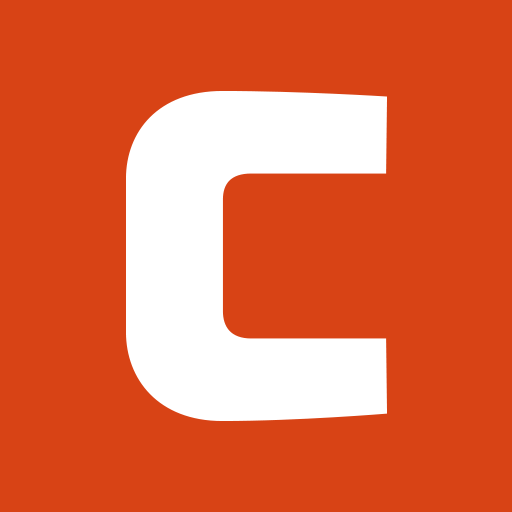 “The Word doc is really about transparency,” he explained. “You can mask things in a Powerpoint presentation — you can’t mask things in a Word doc. It created this open, transparent culture where it was based on merit and what you did. It’s much harder to mask.”

Lewis also touted how Amazon teams establish goals that “roll all the way to the top.”

“[The goals] don’t get aggregated,” he said. ” … Senior leadership wants to see and track hundreds of goals across the company, so each individual team feels like it has a lot of responsibility to do something because the SVP or CEO is going to see this goal.”

This was different than places like Microsoft and Google, where Lewis worked before joining Amazon.

“At Microsoft, a lot of the goals were aggregated,” he noted. “The CEO would have 15 or 20 goals; there was kind of a water-down effect. My goals rolled into these bigger goals. [Compared to Amazon], it felt different in terms of day-to-day operations.”

On getting started: “It came down to how to validate the idea as fast as possible, to be able to raise money and hire engineers as fast as possible. I went on LinkedIn and looked up every single person in the trucking industry and cold-emailed them. I walked into warehouses. I got kicked out of a Whole Foods warehouse. I went to truck stops up in Marysville and down south and just hung out. It was super awkward at first, but I just went up to truckers and asked them what they liked and didn’t like.

It was about grinding and getting my hands dirty. I spent six weeks in full research mode. I bought a bunch of $5 Starbucks gift cards, got a clipboard, printed out a questionnaire, put on a shirt that didn’t make me look sketchy, and went to a bunch of community colleges and just interviewed tons of students. How do you shop? How do you shop on your phone? What are the apps you use? I just kept doing that.

The steps I took to get going were, start doing it and meet everyone I needed to know to form that concept and idea, so that when I went to investors I could say, ‘look, I just spent six weeks talking to 100 people. Here are all of the stories. Here’s what I learned.’ It really, really helped. It changed entire conversation from ‘I have an idea,’ to, every time there was a question, I could pull an anecdote. I didn’t have data yet, but I had anecdotes. That changed all the fundraising conversations.”

On raising a seed round: “Storytelling is one of the most important things. It’s everything. Your whole deck needs to be a story. It doesn’t need to be super detailed at that phase, but you need to be able to tell the story and not look at the slides. Investors remember if you were passionate, if you were energetic, and if you had a story.

Storytelling is one of the most important things. It’s everything.

The opportunity also has to matter. The person has to believe this is a credible opportunity. A lot of people that found companies do the first thing pretty well — they come up with a great story and quit their job and go after it with an idea that seems pretty compelling. What’s often hard is, can you go do it? Do you have four or two engineers committed to working on this right now with you? Or if I give you money, is there now risk you’re never going to be able to hire a team and deliver on this? This is not just about selling investors, but also employees who want to quit their job and give you half their time to help you get off the ground.”

On linear versus nonlinear businesses: “It depends on the time and different cycles, but is your company a linear or nonlinear business? Is this a binary business or a business that has sort of a gradient? There are a lot of businesses that aren’t really going to be successful unless they are massive and really nail it, like gaming or messaging or social networking.

Whereas, there are other businesses that are much more linear and less risky. You can put an amount of effort and expect some level of return in certain types of businesses more than others. Trucking and logistics, for example, I feel like was less risky because we could put the energy in and do the homework and come up with the right approach and work hard to make it happen, versus having to kind of get lucky a little bit and somehow get that spark going. Being able to compare and contrast that difference to an investor, and say, ‘look at this business, it’s a linear model, it’s going to happen, technology is driving this.’ A lot of investors don’t know your industry or don’t necessarily know social networking versus gaming versus trucking. But being able to tell that story differentiated us from other investments they may have been considering to do. It made it feel like a safer and smarter bet. Try to tie your business to the idea that this can be successful through effort and thoughtfulness, versus having to get lucky and get that massive scale.”