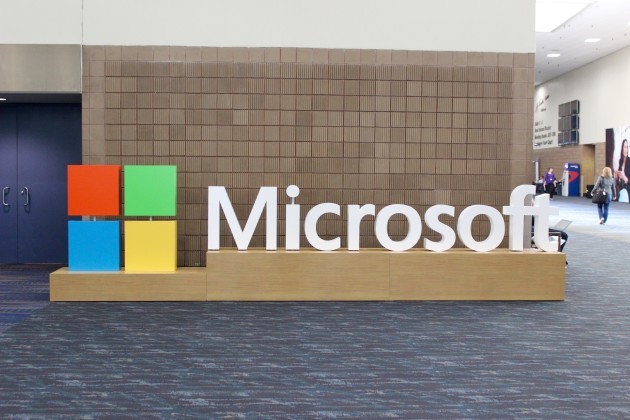 Three Florida men sued Microsoft this week, alleging they were “coerced” into downloading the free Windows 10 upgrade, and claiming that the marketing campaign for the update violates several federal laws.

Ahmad Al Khafaji, Ahmad Abdulreda and Robert Stahl want to turn their suit into a class action. They argue that Microsoft did not give users an option to reject the free upgrade to Windows 10.

“A great number of these programs have been installed by accident by users who really did not know what they were getting into but were not able to evade or avoid the icons beckoning consumers to the ‘Free’ Windows system. Additionally it seems that the Windows 10 update is capable of installing itself,” according to the complaint.

The complaint goes on to say the company’s marketing of the free update is “reminiscent of the story line in science fiction films like Terminator which have a scenario where the computers start functioning autonomously.”

A Microsoft spokesperson issued a statement in response to the suit:

The Windows 10 upgrade is a choice designed to help people take advantage of the most secure, and most productive Windows. Customers have the option not to upgrade to Windows 10. Should a customer need help with the upgrade experience, we have numerous options including free customer support. We believe the plaintiffs’ claims are without merit and we are confident we’ll be successful in court.

Microsoft also said users can remove the Windows 10 upgrade within a month of downloading it and go back to their old operating system.

Last month, Microsoft changed how it prompts users to upgrade to its Windows 10 operating system after its aggressive tactics prompted complaints from some users who said the update loaded on their computers without their permission. One problem with the previous update was that selecting a red ‘x’ to dismiss the dialog scheduled the update anyway.

Microsoft was well aware (from years of experience) that some computers would be damaged by forcing updates and regardless of that fact chose to do so anyway; as they no doubt calculated it would be a small percentage of the whole and they could get away with it

Teri Goldstein, who runs a travel agency in Sausalito, Calif., sued Microsoft after what she described as an unauthorized update to Windows 10 failed and crashed her computer, according to The Seattle Times. Goldstein won her case, and Microsoft paid her a $10,000 judgment to cover lost wages and a new computer, without admitting wrongdoing.

The plaintiffs in the new lawsuit allege that Microsoft’s marketing campaign for the Windows 10 upgrade violates the Controlling the Assault of Non-Solicited Pornography and Marketing Act, the Junk Fax Prevention Act and the Clayton Antitrust Act among others.

The plaintiffs argue that some computers aren’t powerful enough to handle Windows 10 upgrades, and once the new system is installed only the savviest of users would be able to remove it. The plaintiffs say the installation process has caused damages in the range of “tens of millions of dollars.”

“Microsoft was well aware (from years of experience) that some computers would be damaged by forcing updates and regardless of that fact chose to do so anyway; as they no doubt calculated it would be a small percentage of the whole and they could get away with it,” according to the complaint.

Microsoft’s free offer to upgrade to Windows 10 for Windows 7 and Windows 8.1 users represents a switch from past years, when the company would charge for upgrades. The free update period ends Friday, and Microsoft has said it will stop prompting people to upgrade after that.