Adszio, an email-automated advertising startup, has an unusual origin story.

Damir Wallener got the idea for the company when he was running for mayor of North Cowichan in British Columbia, Canada. Instead of a career in politics, the campaign started him on an entrepreneurial journey.

Wallener and co-founder Jeff Sember launched Adszio in 2015. Their team of four currently incubating in the 9Mile Labs startup accelerator in Seattle.

“Our breakthrough came when we built a software tool that helped a local progressive political candidate nearly triple their vote share in a state-level election,” said Wallener. “We allowed social marketing with a level of time and location precision that you just can’t get using any of the typical tool flows.”

Adszio handles budgets, scheduling, and other logistics involved with advertising on social media platforms and websites. Users can send an email with an image and brief text and Adszio translates it into a campaign.

We caught up with Wallener to learn more, as part of our regular Startup Spotlight series. Continue reading for his answers to our questionnaire.

Explain what you do so our parents can understand it: “We make it really easy for anybody to promote themselves or their business across social media using nothing more than an email interface.”

Inspiration hit us when: “I was running for Mayor (no, really!) and had to manage my own Facebook campaigns. It was horrible — the tools are complicated and you never really know what works, or what you should too. Too many webforms, too many clicks, too much jargon. Then a friend of mine also ran for political office and had the same problem. So we built a little tool that allowed him to go from photo op to full blown social advertising in as little as eight seconds — all he had to do was email the photo and some text to a server we threw up on AWS. We took care of scheduling, budgeting, targeting — all of it.

When we saw what were basically selfie ads starting to go viral, we realized we might be onto something.”

When we saw what were basically selfie ads starting to go viral, we realized we might be onto something.

VC, Angel or Bootstrap: “Bootstrap until getting some traction, without a doubt. If you can find a good mentoring fit, angels are a great way to reach the next stage. After that, keep in mind the ‘Silicon Valley’ episode where the just-fired, now ex-CEO realizes he might still have his company if he hadn’t raised so much money.”

The smartest move we’ve made so far: “Incorporating early and getting our founder paperwork in order. Startup life can put the best relationships under incredible stress — get the company foundations right.” 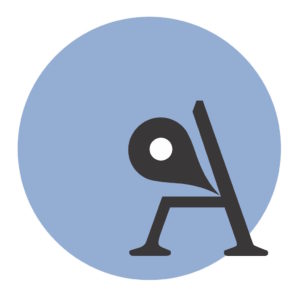 The biggest mistake we’ve made so far: “Not thinking through the business model thoroughly enough, quickly enough. It is easy to get seduced by the sheer number of SMBs out there, and it’s not until you look out five years that you realize just how many of them you may have to reach. It’s…daunting.”

Would you rather have Gates, Zuckerberg or Bezos in your corner: “Bezos. He has rocket ships.”

Our favorite team-building activity is: “Steaks and bourbon.”

The biggest thing we look for when hiring is: “Compatibility with the existing team. All the smarts in the world don’t help if your team is constantly bickering.”

What’s the one piece of advice you’d give to other entrepreneurs just starting out: “Find the right balance between persistence and humility. Between taking advice and listening to your gut. We’re all in this because we believe we have a special insight – but it’s good to remember there are other smart people out there as well. Learning from them can really smooth the path.”

Editor’s note: GeekWire is featuring each of the startups in 9Mile Labs’ fall cohort. The companies will debut their final products at the Milestone9 Graduation Day event Oct. 13.