Over the past four days, I transformed from Bruce Wayne into Batman, used clairvoyance to see through another person’s eyes, played high-tech racquetball in a 360-degree court, sliced fruit coming at me from all directions, and shoved my cartoonish rivals into oncoming subways.

I played a guitar solo for a crowd of cheering fans, levitated over a courtyard, solved clues to escape a room, teleported my AI brain into another being, tossed fireballs at zombies, and gunned down salivating demons, alien robots, futuristic cowboys and enemy soldiers.

I even smelled a “South Park” character’s fart.

Yes, it was a big weekend.

My mission at PAX West 2016: to experience as much virtual reality as humanly possible. I showed up early on the show floor, stayed late at media events, hustled up escalators, waited in long lines, got tips from other gamers, talked my way around uncooperative security guards, and jumped onto my bike to get to a demo across town — all to experience the cutting edge of VR in video games.

When I started out, I had only dabbled in virtual reality games, and had pretty much lost interest in games in general. (No, I am not the typical PAX-goer in this regard.) After four days, I walked away convinced, more than ever, that virtual reality is the defining technology for the next era of games (and a lot more).

Yes, there are still many challenges, like those awkward cords that tether the computers to the headsets, limiting motion and getting in the way. Game developers are still figuring things out, like the best way to move a character around a virtual world. Some of the headsets are still uncomfortable to wear for long periods.

But in my experience over the past four days, most of these VR games are already more engaging than regular games on a TV screen, including those that use existing motion controllers.

VR frame rates and resolution are now good enough to reduce or eliminate nausea, and genuinely trick the brain into thinking you’re somewhere else. In two different games, I tried to place my arm on a virtual wall to brace myself, forgetting for an instant that it wasn’t actually there.

I got chills walking through the zombie cemetery in Seattle-based indie game developer Eric Nevala’s Spellbound for the HTC Vive.

I couldn’t help but let out a little whoop of excitement as I descended dramatically into the Batcave in Batman Arkham VR for the PlayStation 4.

My heart pounded and my hands got sweaty while fighting off waves of invaders in Serious Sam VR for the Vive.

And I got a genuine thrill standing on stage playing guitar in Rock Band VR for Oculus Rift.

In my experience, virtual reality will make video games accessible to an even larger swath of the population. You’ll still use a game controller, in some cases, but the best virtual reality games will just put you in the middle of them. I struggle with the controls in traditional first-person shooters, to the point of frustration. But as you can see in this demo video below, from HTC’s “Front Defense,” it’s a lot more natural and engaging to simply be part of the game.

Most important of all, of course, VR games are just more fun. For someone like me, who played tons of games as a kid (ColecoVision and Atari 2600!) but who hasn’t really cared that much since the days of Halo 2 multiplayer, this is a reason to get excited about video games again.

Read on for notes and conclusions from my four-day VR immersion.

Most comfortable headset: The PlayStation VR headset was by far the most comfortable, in my experience. It features a halo around the head with a curving brace across the forehead that supports much of the weight of the headset, rather than directly strapping the visor to your face. After the halo is in place, the position of the visor itself can be easily adjusted by sliding it up to the face.

I wear glasses, so I was particularly attuned to the comfort level of these VR headsets. The Oculus Rift was also very comfortable, and relatively lightweight, making it my second pick in this category. The HTC Vive was a little more difficult for me to get comfortable in, but still more than comfortable enough to use.

The PlayStation VR will be released Oct. 13 for $399 in the U.S., working with the PlayStation 4. The Vive, a joint project of HTC and Valve’s Steam, is available now for $799, and the Oculus Rift sells for $599 without controllers. (See below for more on the Oculus Touch controllers.)

Best graphics: To my eyes, the Oculus Rift offered the most realistic and detailed graphics. Whereas the PlayStation VR games generally made me feel like I was in the middle of a video game, the best Oculus Rift games were like entering a virtual world, because of the high-definition graphics.

I got lost in the rich visuals of “The Unspoken” from Insomniac games for Oculus Rift, which lets you hurl fireballs and cast spells at enemies in an “urban magic fight club.”

Another game for Oculus Rift, High Voltage Software’s newly released “Damaged Core,” is a high-resolution masterpiece, with an intriguing plot line — letting gamers play as a “sentient software virus” that can jump from one host to the next.

For me, the graphics of the HTC Vive were a notch below those on the Oculus Rift, but still a few notches above the PlayStation VR and the Samsung Gear VR.

Best overall experience: I was most impressed with the breadth of games and the experience of playing them on the HTC Vive. In addition to the entirely new titles mentioned in this piece, reincarnations of two classic games on the Vive stood out for me.

First, I was completely engrossed (and freaked out) by Doom VR on the Vive at the Bethesda Softworks booth, fighting off waves of monsters. As with many of the games at PAX, it was just a demo level, but the appeal of the franchise is still strong, and the game is extremely fun to play in total immersion.

I was also surprised that something as simple as Fruit Ninja could be transformed, yet again. I’ve played the game on touch screens, of course, and using the Xbox Kinect, but it’s a whole different experience when the fruit is flying at you from multiple angles in a 360-degree scene.

The big differentiator is the Vive’s “room-scale” system, developed by Bellevue-based game giant Valve. The technology defines the playing area (it shows up as a mesh when you approach the edge), and tracks the user around the space using two “Lighthouse” devices positioned at opposite corners of a quadrant.

This allows for immersive experiences and the ability to interact with games in a variety of different ways. Oculus is working on similar technology, to supplement its current single camera, but the Vive has already won the hearts of some of the virtual reality developers I spoke with this weekend.

“It’s my favorite device. It’s the most fun to develop for because of room-scale,” said Matthew Paxman, the CEO of Victoria B.C.’s Wizard Games, which was showing its upcoming game for the Vive, a multiplayer online title called “Cowbots and Aliens.” A line of PAX attendees waited to try the game on each day of the show.

Best controllers: In terms of the way they felt in the hands, I give the slight edge to the Oculus Touch controllers over the Vive controllers. I liked the compact design and the balance of the Touch controllers, and the tracking when standing in a relatively fixed position seemed just a bit more accurate (or realistic) to me, particularly when throwing fireballs and using a shield in “The Unspoken.” By giving a toss just a bit more oomph, I could precisely control where the next fireball hit.

The Oculus Touch controllers are expected to be released later this year.

Navigation: Because you can’t literally run around an entire virtual world, at least not yet, game developers are trying a variety of different mechanisms for navigating. The most common approach I encountered in first-person games was the bending beam of light — pressing a button on the left-hand controller to place a movable beam that ends with a target on the floor, and releasing the button to move yourself there.

That works pretty well, but I also liked the approach taken by independent developer Nevala in his new game Spellbound for the HTC Vive. To move around the scene, you point your body in the direction you want to go, and move your arms like you would if walking or running.

Health, mental and otherwise: One natural question is what virtual reality will do to our actual reality. After deciding to play as much virtual reality as possible this weekend, I also made a point of riding my bike downtown for the final two days of PAX West, and stopping on the way home to enjoy the views at Lake Union. I think it helped. The experiences are now engaging enough that I can envision people getting lost in virtual worlds, more so than they do with current video games. 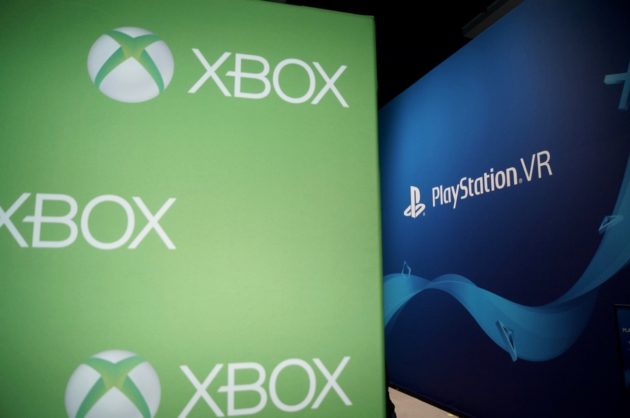 What about Microsoft HoloLens? I’ve used the HoloLens twice, when it was first unveiled and then again this year. Microsoft didn’t show the augmented reality device at PAX this year, at least not on the show floor. It’s clear from the progress being made by HTC, Valve, Oculus, Sony and others that Microsoft needs to prove itself in virtual or augmented reality for video games, despite those eye-catching Minecraft demos. The limited field of view of the HoloLens will also be a challenge.

That said, Microsoft also has big ambitions for HoloLens in commercial applications, which makes it a bit of a different game for the company.

Final thoughts: As fun as these experiences were, it’s clear that they will just keep getting better. The big hurdle right now is the massive computing power and the tethers required for the premium experiences of the Vive and the Oculus Rift. Backpack computers are one possibility — I’ve tried one before, and it was fun — but it would be better if someone could figure out how to use the former TV “white spaces” spectrum to handle high-speed wireless data transfer between PC and headset.

In the meantime, it’s clear that virtual reality has officially arrived. Now the fun part: experiencing its evolution from here.