Zomato, the India-based restaurant discovery company that bought Seattle’s Urbanspoon for $60 million to establish a U.S. beachhead earlier this year, made another round of sweeping layoffs today.

Multiple Zomato offices, including the one in Seattle, have been closed entirely, according to multiple sources with knowledge of the situation. This is the second round of layoffs this year, after the company previously cut all former Urbanspoon engineers in order to consolidate technical jobs at the company’s headquarters in New Delhi.

The latest cuts follow the shutdown of the popular Urbanspoon app by Zomato several months ago. 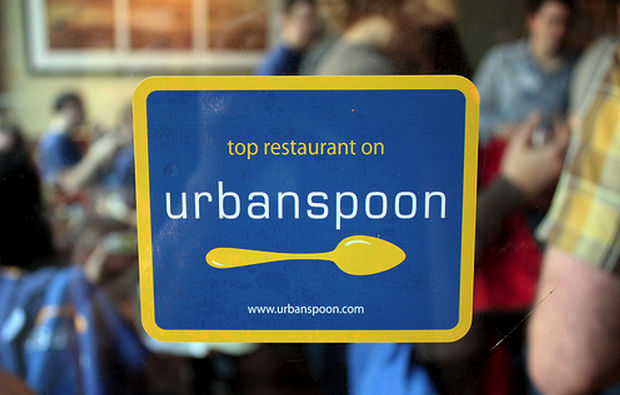 We understand that the company simultaneously held all-hands meetings at several offices at 9:30 a.m. on Thursday morning, and even senior level executives had no idea what was coming. One former Seattle worker said everyone was asked to turn in their keycards and laptops and they were escorted out of the building. The office lead, a Zomato executive who flew in for the announcement and someone from human resources who was helping with job placements were the only ones left.

We first started receiving reports of the latest cuts on Thursday morning, including tips from affected workers at the company’s Seattle office. Some said as many as 150 employees were laid off at offices across the U.S., including San Francisco, Chicago, Denver, Dallas, Philadelphia and New York.

The scene had cleared by the time we arrived at the company’s office in Seattle’s Eastlake neighborhood. Workers from other suites were streaming in and out of the building all afternoon, but none of them worked for Zomato. The security guard at the front desk said there had been “reshuffling” that morning and he was instructed not to let anyone up to Zomato’s floor.

GeekWire has not yet confirmed the number of affected workers or offices. Zomato has not responded to several requests for comment for this story.

Other former employees came forward on Twitter, saying the company has shut down all U.S. operations. GeekWire can not confirm those reports, and one source says Zomato will keep workers in a couple U.S. cities, including Dallas, where it has moved U.S. administrative functions.

We are hearing the cuts are coming after a hiring spree at Zomato, as the company looked to replicate the model that worked so well in India. Most of those new workers were on the content team, and they were hired to go door-to-door, collecting data like menu listings and restaurant hours.

That’s an unusual — and expensive — way of doing business, and sources say that’s why many of those jobs are now being eliminated.

This is a developing story, and GeekWire will provide more updates as more information becomes available.