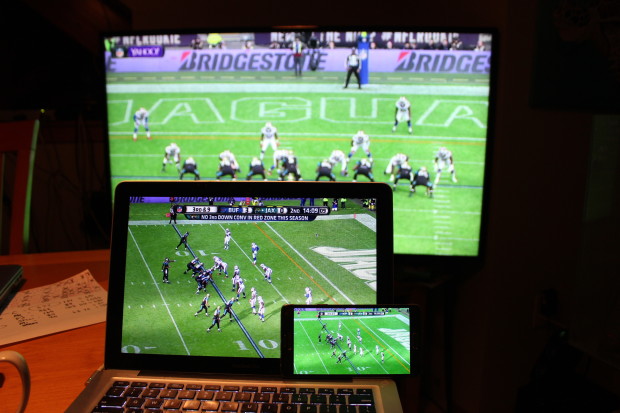 Not only did Yahoo’s first attempt at streaming an NFL game go without major disruption, but the company attracted a nice chunk of viewers who tuned in online from 185 countries around the world.

The NFL said today that 15.2 million unique viewers watched Jacksonville beat Buffalo in London on Sunday in the first NFL game to be broadcast strictly online. 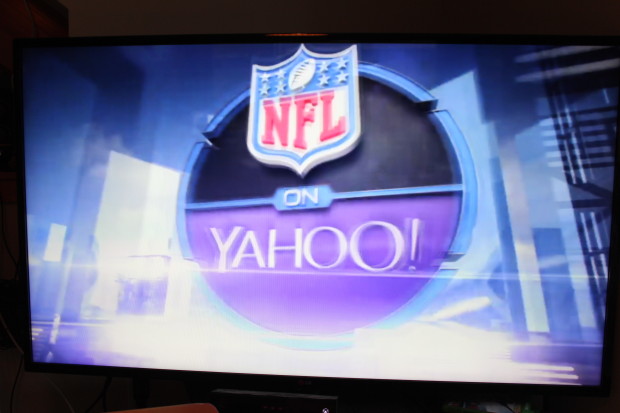 Yahoo, which reportedly paid the NFL $17 million for the rights to stream the game and sell commercials to more than 30 advertisers, made the action available on its own platform and a number of other devices. Unless you lived in Jacksonville or Buffalo — which aired the game on local TV — you weren’t be able to catch the action anywhere but via Yahoo.

However, there is some debate over how the 15.2 million number was calculated, given that Yahoo auto-played the stream at yahoo.com and some of its other webpages. CNN’s Brian Stelter calculated that there was an average of 2.36 million viewers per minute on the stream, which is considerably lower than the 10 to 20 million viewers per minute that an average NFL TV broadcast attracts.

In total, Yahoo said there were 33.6 million video streams and more than 460 million total minutes of video consumed on its feed. Another data point: About 33 percent of the audience was international. 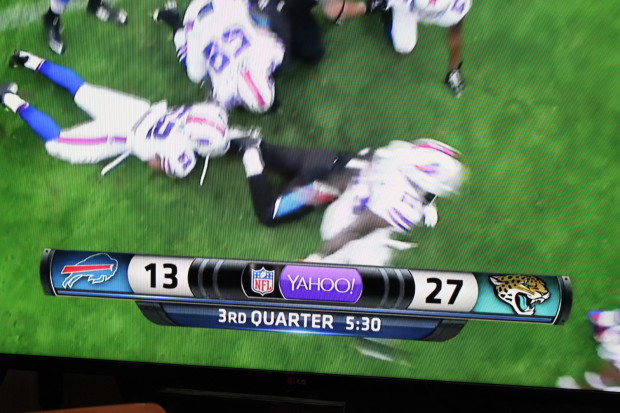 “We’re thrilled with the results of our initial step distributing an NFL game to a worldwide audience and with the work of our partner, Yahoo,” Hans Schroeder, the NFL’s Senior VP for Media Strategy, Business Development & Sales, said in a statement. “We are incredibly excited by the fact that we took a game that would have been viewed by a relatively limited television audience in the United States and by distributing it digitally were able to attract a global audience of over 15 million viewers.”

You can read about our experience streaming the game here. Overall, we did notice any substantial lag a with the feed, which really felt like a normal TV broadcast. Yahoo said it had an average rebuffering ratio of less than 1 percent, while delivering over 8.5 petabytes to end users. The stream reached HD levels with max bitrates over 6.74 Mbps per second and 60 frames per second, the company noted.

“It’s been a great opportunity to partner with the NFL and deliver a truly exceptional global live streaming experience for our users,” Adam Cahan, Yahoo’s SVP of Product and Engineering, said in a statement. “We’re seeing a dramatic shift in the industry as audiences’ primary video watching moves away from TV. We were thrilled to join the NFL in setting a new standard for sports programming for our users and advertisers.”