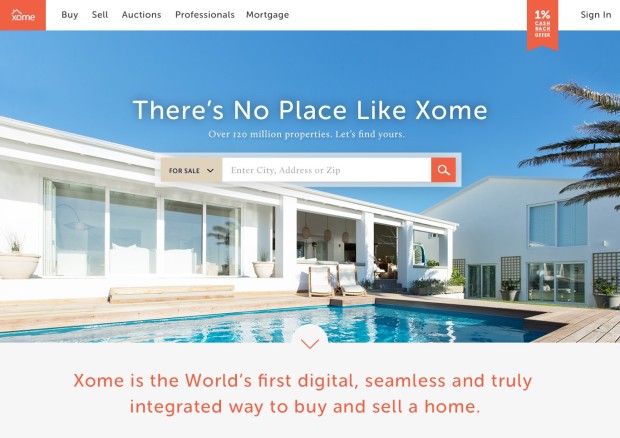 Xome is launching a brand new twist today on house hunting. In addition to searching for a house online, it lets consumers buy one online, too.

Before today’s launch, the company was operating under the name Solutionstar, which is owned by Nationstar Mortgage Holdings, a publicly held mortgage company worth nearly $2.6 billion. We previously reported on how HomeSearch.com intends on competing against Zillow, Redfin and Realtor.com, but today marks the company’s official launch.

Xome is based in Bellevue, Wash., and is being led by Kal Raman, an experienced e-commerce executive, who previously worked at Groupon and Drugstore.com. The division, which already has 50-plus employees, has been on an acquisition spree to launch in a short period of time.

The two newest acquisitions being announced today are Bellevue-based Quantarium, which was acquired on May 21, and GoPaperless, a Escondido, Calif.-based company, which was acquired on June 4. Quantarium specializes in providing valuations on homes, and is being used to generate home estimates called the “Xome Value.” GoPaperless provides electronic signature technology and other digital solutions to real estate professionals, and will also be used on Xome to close transactions.

Previous acquisitions include Real Estate Digital (RED), a real estate data solutions company that provides technology to brokerages, agents and MLS organizations, and Title365, a title and escrow services company. Prior to the two most recent acquisitions, the company had spent $54 million, but it declined to disclose terms of the two latest. “We are very happy with the investments we’ve made,” Raman said.

So, here’s how Xome works:

On the agent side: Real estate agents are required to give up at least 1 percent of their commission, which will be paid to the customer once a house is bought or sold. However, they can agree to give up a larger percentage as additional incentive. Additionally, the agent will have to pay Xome a referral fee of $300 to $1,000 depending on the final cost of a house. On a $250,000 house, they could end up forking over $2,800, for instance.

On the home buyer or seller side: Users can search neighborhoods for homes, as you may expect from a similar service, but after that, everything can be conducted online. Buyers can request an agent, set up a time to view a home, secure a mortgage, and ultimately place an offer on a home, which will be accepted or declined — all online. Notifications are sent to the user’s phone, and agents are required to keep a customer’s account up to date. The paperwork, including signatures, will also be handled online as much as the law allows. As mentioned above, both buyers and sellers will be offered a minimum of 1 percent back on the sale or purchase of a home. Additionally, they are offered access to a “concierge,” who can help via chat, email or phone 24 hours a day. 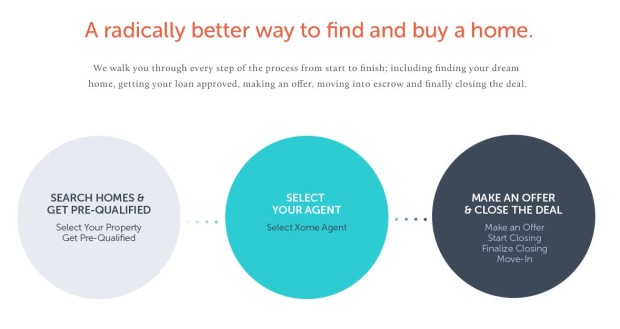 “We are very different from Zillow,” Raman said. “The agents don’t have to pay the money when they get the leads. In our case, it’s pay for performance. Agents or brokers can’t differentiate between a qualified lead and which is not. We do the heavy lifting for them.”

We are very different from Zillow. The agents don’t have to pay the money when they get the leads. In our case, it’s pay for performance.

For example, he said they vet home buyers and sellers before sending the referral to an agent.

So, if you are interested in selling your house, Xome makes sure you are the homeowner, and will try to identify additional signals that helps to determine the probability of that lead turning into a listing.

Zillow calls itself a media company that sells advertising to real estate agents, but not necessarily leads. Agents do get leads from Zillow through a mix of advertising and maintaining a free Zillow profile.

For today’s launch, Xome is claiming to have 120 million properties, including 80 percent of inventory on the Multiple Listing Service. It will also have 200,000 rental properties.

Agents will be encouraged to submit video resumes to let customers get to know them better, and as additional incentive, they can return more than 1 percent back of their commissions. Raman said the approach is similar to the e-commerce world, where buyers try to win the “buy box” on Amazon.com through lower prices and using their past track record.

Some of Xome’s details still appear to be in flux.

For instance, initially, Raman said they’d also be offering home warranties and employment insurance to home buyers, but those two things did not make the final cut. “Those are the kinds of things that got changed,” Raman said. “We ran a prototype by customers and agents, and they said they don’t care about the warranty. I would rather get the highest value and the best commission, and have the process by transparent and quick.” 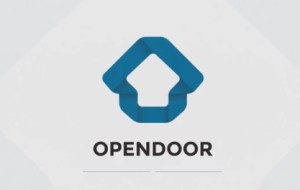 Xome is not the only other company trying to bring home buying online. Just last week, Opendoor launched a new service that automates the home-buying process, by enabling tours to be set up online, and even fixing up the house (with new paint, flooring and appliances) to make it move-in ready. It is also willing to buy a home online. The San Francisco-based company, which has raised $30 million in venture capital, operates in Phoenix only.

Raman said they got the name Xome, by replacing the “H” in home with an “X.” They picked an X, because they are the “X factor.” As much as Raman claims Xome is different than the other online real estate leaders out there, the naming approach sounds very similar to how Zillow dropped the “P” in Pillow, and replaced it with a “Z.”

Xome’s launch today is at least two months behind schedule, but Raman says that can happen when you have such lofty ambitions. “It’s a huge market, and no one is planning to go after it like we are planning to do,” he said.