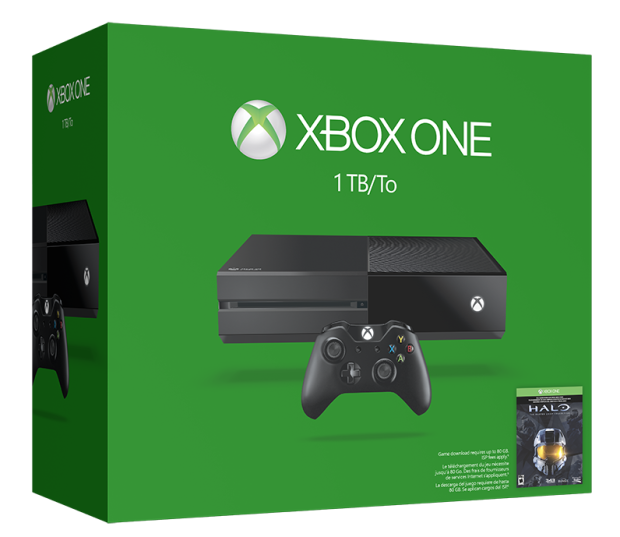 Trying to regain traction in the console market, Microsoft this morning announced an updated Xbox One with 1TB of storage and an updated controller with built-in headphone jack. A wireless adapter is also coming for PC gamers.

Microsoft’s new 1TB Xbox One, without Kinect, will be available for $399, while the existing 500GB console will permanently drop to $349. The new model will have a matte finish and a USB 3.0 port for faster data transfers. The console ships June 16 with Halo: The Master Chief Collection and the updated controller.

The new controller includes a 3.5mm jack to plug in a gaming headset with mic. You’ll be able to control both chat and game volume through on-console settings. The controller will be available in a grayscale camouflage called the Xbox One Special Edition Covert Forces, as well as standard black, for $64.99.

Lastly, the Xbox Wireless Adapter for Windows is coming this fall. The USB adapter will allow gamers to use an Xbox One controller to game on any Windows 10 PC, laptop or tablet. You can purchase it for $24.99 on its own or $79.95 when bundled with a controller.

Expect some more announcements for Microsoft when E3 starts on June 16. E3, or the Electronic Entertainment Expo, takes place in Los Angeles and is packed with announcements about new games and accessories.

Microsoft is trying to build new momentum in the video-game console market. Sony’s PlayStation 4 has led the Xbox One in overall worldwide unit sales for the past two years. Consumers initially balked at Microsoft’s original $499 price for an Xbox One bundled with a Kinect sensor. 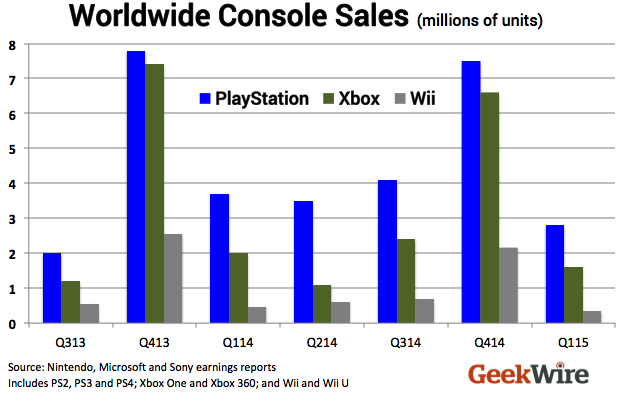