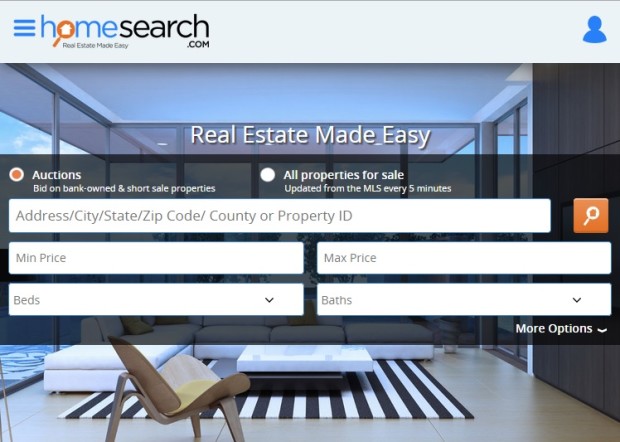 House hunters spend hours scouring the Internet for the perfect place to call home. But once they find their dream house, the process reverts back to the stone age, with everything handled in person or on paper.

For some, the tangible nature of the process is reassuring — after all, you are making the biggest purchase of your life. But for others, accustomed to buying nearly everything online, the question is, why not a home, too?

That’s the idea behind HomeSearch.com, which is launching an ambitious new service next month that will let anyone purchase a home over the Internet in only one click.

The company is being led by Kal Raman, who knows a thing or two about e-commerce.

In November, the former Amazon and drugstore.com executive joined Lewisville, Texas-based Solutionstar, which owns the HomeSearch.com portal. Immediately prior to this role, he was at Groupon, where he was served as COO, overseeing the company’s global sales and operations until last summer when he was named CEO of Groupon’s Asia-Pacific division.

One problem Raman faces is that Solutionstar does not have as much cachet as others. For instance, OpenDoor, the home-buying startup founded by Square and PayPal exec Keith Rabois, gathered serious buzz after raising $10 million from a horde of Silicon Valley VCs and angels in July. The San Francisco-based company will send you an offer for your home over the Internet, so you don’t have to spend months trying to sell it yourself.

In contrast, Solutionstar is not a venture-backed startup, but a profitable division of Nationstar Mortgage Holdings, which is a publicly held mortgage services company worth nearly $2.6 billion. In the third quarter last year, Solutionstar contributed pretax income of $35 million to Nationstar’s financial results. Solutionstar’s revenues in Q3 totaled $86 million.

So, even though it doesn’t have a VC list a mile long, its money-making status does give it a bit more credibility, which is good since it makes such wild claims about its future. I recently sat down with Raman to get a sneak peak of the company’s plans — which include opening up a Seattle office for the company’s new home base.

Over the next few months, Solutionstar plans to hire 50 engineers in a new office, likely to be located in Bellevue, Wash. It has a dozen or so employees today in temporary offices in downtown Seattle. The first reason for the move is because Raman has called the Seattle-area home for more than a decade, even while working at Chicago-based Groupon.

The second reason is for talent.

“For real estate, Seattle is Silicon Valley,” he said. “The best real estate talent has gravitated toward Seattle.”

The Amazon of Real Estate

Over a cup of coffee on Seattle’s Capitol Hill, Raman confidently lays out the company’s aspirations: To create the Amazon of the real estate industry.

“We are working hard to create the Amazon.com [for the real estate industry],” he said. “It’s the last white space for commerce transactions on the Web or on mobile.” 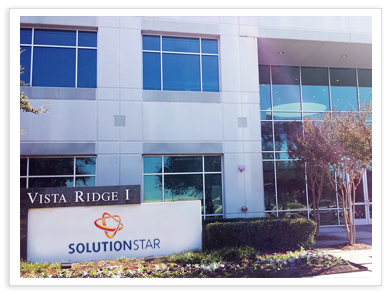 Knowing the complexities involved in real estate, and what Solutionstar is trying to accomplish, the pitch at first sounds impossible. The catchy tagline he’s been working on to explain what it does is this: 1-click, 1-call and 1-percent.

That means you can buy a home with one click, and receive 1 percent back on the final purchase price (for example, on a $250,000 home, you’d receive $2,500 back at closing). The one call means a Solutionstar representative is a phone call away to answer any questions, and hold your hand through the process.

Prior to Raman joining the company, Solutionstar made a number of acquisitions to get to this point quickly.

The company acquired Real Estate Digital (RED), a real estate data solutions company that provides technology to brokerages, agents and MLS organizations. It also purchased Title365, a title and escrow services company. In total, the company has spent about $54 million on acquisitions.

In March, the beta will go live under a yet to-be-determined name, fueled in part by traffic visiting HomeSearch.com, where the company has been auctioning bank-owned properties.

In some ways, the home-buying site won’t represent a huge change from the way the process operates today. For instance, buyers will still need a real estate agent if they want to view the homes in person. Solutionstar can either recommend an agent, or you can identify your own. Similar to other sites, the buyers will also be asked to register on Solutionstar’s site, which will provide information about homes for sale.

Once a buyer decides to buy a home, they initiate the transaction through Solutionstar, which then handles all the processes electronically from appraisal to inspection to escrow. The platform pushes notifications to the consumer updating them on the sale’s status, which is how Raman claims it will only take one click. Since that sounds too good to be true, we’ll have to wait until next month to see exactly how many clicks it takes.

To qualify for the 1 percent back, buyers will have to secure a mortgage from Nationstar, and for those who do, there are other perks, as well, including a one-year home warranty and employment insurance, so if you lose your job, mortgage payments will be waived for up to a year, Raman said. The company is also courting home sellers, by offering them a chance to earn 1 percent back if they sell their home online using Solutionstar.

But Solutionstar’s promise is not as complicated as you might think.

It is a classic roll-up of existing technologies in the industry, being stitched together to create one platform. Raman explains it is essentially creating a consumer-facing platform based on the company’s existing services that are used by brokerages and agents today.

Today, Zillow and Trulia are mainly focused on providing information. Solutionstar wants to create a platform that conducts transactions.

In that way, Zillow and Trulia aren’t competitors, although even as an information platform, Raman believes Solutionstar has several advantages.

It’s widely known in the industry that Trulia and Zillow don’t have comprehensive databases of homes, in part because they aren’t members of multiple listing services, which supply real-time data. The companies are currently working on resolving that, but in terms of coverage, Raman believes that is one area in which Solutionstar excels.

He said they will be getting the listings through direct and indirect relationships it has with the MLS’s. “We believe when we launch next month, we will have 80 percent of listings for all sales across the country, and by that time, we’ll have more active listings than any other site,” he said. “It will be closer to 100 percent by summer.”

If they become the de facto place where consumers ultimately go to purchase the home, it’s going to be valuable to online real estate portals in the future. This is the final frontier of e-commerce.
Raman said for Solutionstar, the home-buying platform will make money by streamlining a process that’s full of inefficiencies and passing some of the savings along to consumers. “What we are trying to do is put them all together, so there doesn’t have to be any wastage in the process, he said. “There’s a cost savings, so we’ll get there [to profitability].”

Still, even with incentives like warranties and discounts, customers will have to become comfortable making a big decision online. Rabois’ OpenDoor is also counting on a shift in consumer thinking, hoping that a discount on closing costs will help persuade people to sell their house over the Internet.

For either company, it could take a while for the concept to gain traction.

“With home-buying the biggest financial transaction of people’s lives, that type of functionality to get widespread adoption, would take some time,” said Chris Merwin, an analyst with Barclays, who tracks Zillow’s stock. “There would have to be lots of transparency to be comfortable with what they are getting.”

Still, Merwin recognizes the power of closing the home-buying transaction online. “If they become the de facto place where consumers ultimately go to purchase the home, it’s going to be valuable to online real estate portals in the future,” he said. “This is the final frontier of e-commerce.”