Has Microsoft recovered from its early missteps with the Xbox One? What will be the impact of Xbox One backward compatibility? What’s the future of Minecraft inside Microsoft, and what are the company’s plans for eSports?

Those are just a few of the questions that we asked Phil Spencer, the head of Xbox, during a conversation at the recent GeekWire Summit. You can watch the session in its entirety in this video, and continue reading for highlights.

On Microsoft’s early missteps with the Xbox One: “For me, I think what we fundamentally lost was the trust of our most loyal customers. Whatever the feature was, we lost the trust in them that they were at the center of our decision-making process. Were we building a product for us, or were we building a product for the gamers. As soon as that question came into people’s minds, and they looked at anything — whether it was the power of our box, or launch lineup, micro-transactions — any of the features that you talked about, what you find is that very quickly you lose the benefit of the doubt. You lose your customers’ assumption that the reason you’re building the product is to delight them.”

On the Xbox One backward compatibility announcement: More than the actual feature of backward compatibility, which I do think was important, was the sentiment that we were spending time to recognize the value and the investment that a customer had made in the previous generation of our product, and bringing that forward. … I wanted to show that as a team, we did want to respect the investment that our customers had made in our games and our product, and the games from our publishing partners. … Just to get more competitive about it, if somebody is going into the store this holiday, and you’re a 360 customer, and you’re looking at, which next-gen console do I want, the fact that our console plays used games, the games they already own, I think is a selling feature of our box, no doubt about that. 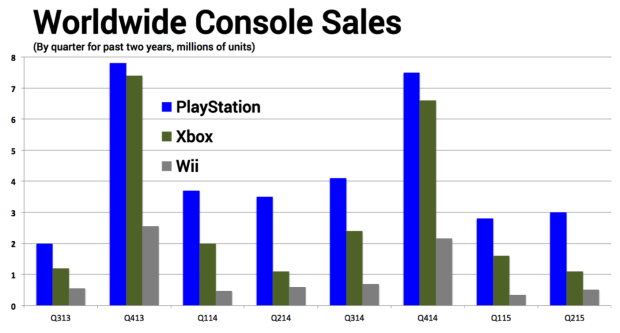 On the market share battle with Sony: Early on, that was the thing that motivated me. That chart right there. … I started off making some statements like, ‘We want to win,’ and turning it into a competitive thing. But what I quickly realized is that you can only control, as a leader, the things that you can control. The products that you build, the features that you add to your platform, the way you talk about yourselves and the team and the products that you build. Sony is having incredible success with PlayStation 4, and they’ve earned that.

I know, sitting inside Microsoft, that if I’m not running a financially viable business, I can’t make a long-term commitment to my customer that they should buy an Xbox

But for me, as a leader of my team, and somebody who’s interacting with the Xbox community, it was much more beneficial and I could have more impact focusing on the product that we had. It was a change for me. Even in the 18 months I’ve learned that. You’ll hear me talk a lot less about the competition. People will say, you’re losing so of course you’re not going to bring that up. Maybe we’ll test it someday. If I’m winning, I think I’ll stay in the same swim lane. It is really about the product that we have, the features that we add, and how we treat the customers of our box.

And from a day-to-day basis, the financials are important. I know, sitting inside Microsoft, that if I’m not running a financially viable business, I can’t make a long-term commitment to my customer that they should buy an Xbox, because frankly if the box isn’t a profitable business for the company, I can’t promise that it will be there. That’s important to me. Share is important, but more than share, it’s are we gaining new customers, are they happy, are they buying games, are they using Xbox Live, are they engaged in the service. 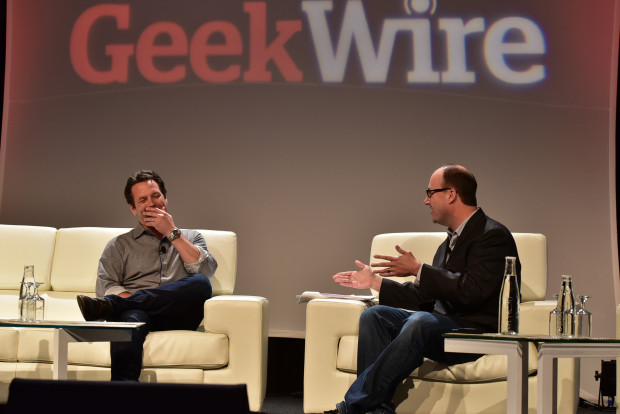 On the future of Minecraft inside Microsoft: It’s a great learning opportunity for Microsoft. I know that. And as I sit down with Satya or Terry Myerson, my manager, and we talk about what this thing is, I’ll say, probably the first mindset I get into with Minecraft is that I’m not sure you own Minecraft. I’m sure that seems very flippant and cliche, but it is as much driven by the work that the community does — whether that’s the YouTube community, the UGC community and the mod community that shares new content — as it is by any decision we make. You have to start by understanding that. If you go in thinking this is a community of 100+ million gamers that you’re going to manipulate or you’re going to direct based on your actions alone, without the support of the community, it’s done. You don’t own Minecraft. You curate it.

Right now, we sell Minecraft on many different platforms and many different devices. Those worlds aren’t connected in any way. If I’m playing on my phone, I’m not seeing the things I’m doing on console, I’m not seeing the things I’m doing on PC. So we think there’s an opportunity there. The mod community can fragment. They do a ton of great work. But we can work with the mod community to help build a more serviceable way of creating mods in Minecraft, and that’s something we’re just at the beginning of conversations on, but we think there’s opportunity there.

And education is a huge push for us. The role that Minecraft plays in creativity, and getting kids involved in technology and thinking through logic flow, I think is really special, and it’s something I’m really proud to be associated with. As Microsoft, we can accelerate what it means in the education community more than maybe Mojang could by itself just given its size and scale. 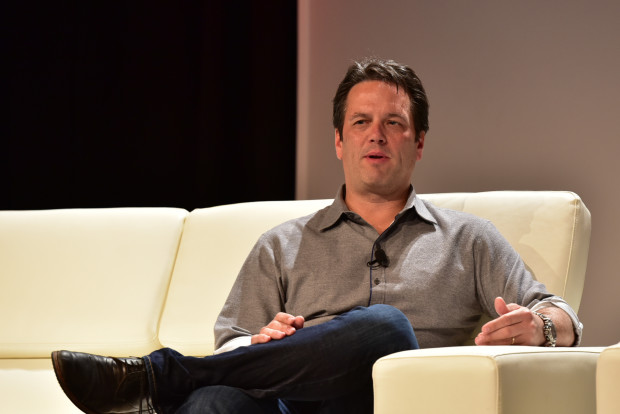 How big are eSports going to get, and what are Microsoft’s plans? The nice thing about video games is I can put the same controller that person is playing and the same game they’re playing … it’s exactly the same playfield. You can feel what your capability can do, relative to the same pros you see on television, regardless of the game you’re playing. That unique capability, of us bridging what you can do at home to what you see in these huge auditoriums with crazy prize money, is a great opportunity for gaming. You see people like ESPN, Twitch is obviously there, YouTube is moving into the space, looking at what this opportunity is. I think it’s the next horizon not only for the games themselves but for broadcasting and community.

We’re all in. We’ve got multiple franchises, Gears of War, Halo, Killer Instinct, things that do well in this space today, and we’ll be building new games specific to the eSport opportunity because I think it can be that big. It’s a big enough opportunity that you should, and gamers are saying that they want to engage in it.

Those are just a few of the topics addressed during our conversation with Phil Spencer, the head of Xbox. Watch the full video above, and stay tuned for more highlights from the GeekWire Summit in the days ahead.