The Seattle Police Department has a new high-tech crime center that it hopes will help officers, investigators, and analysts solve crimes more efficiently and effectively.

Seattle Mayor Ed Murray, Police Chief Kathleen O’Toole, and others gathered Wednesday at the new “Real Time Crime Center,” a room on the seventh floor of SPD’s downtown headquarters that will serve as the information hub for the department’s “Agile Policing” strategy.

“We are bringing our policing strategy to the next level,” O’Toole said.

The center, which began operating on July 30, features a massive mounted wall display that includes a swath of real-time information on active 911 calls separated by priority level, the location of available patrol cars, and more visual data. The board updates every six seconds with new information. 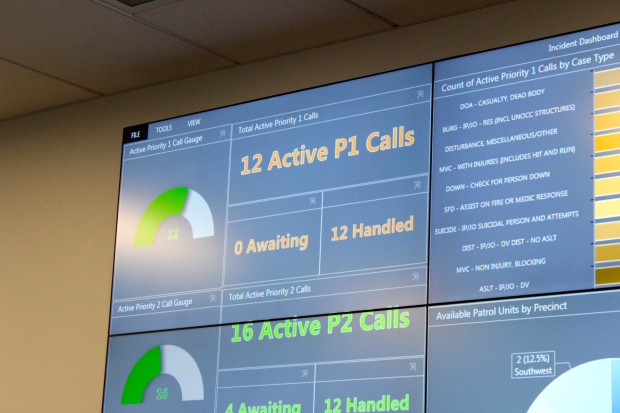 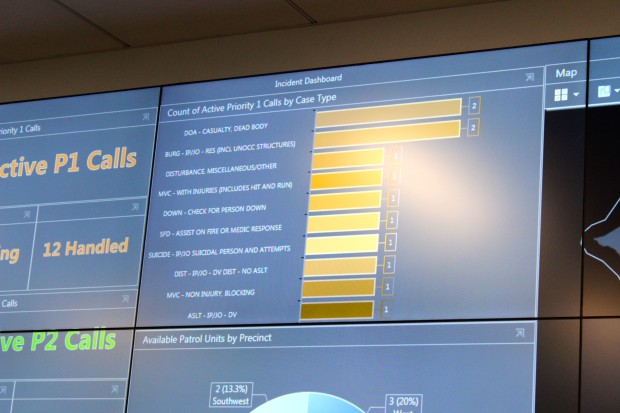 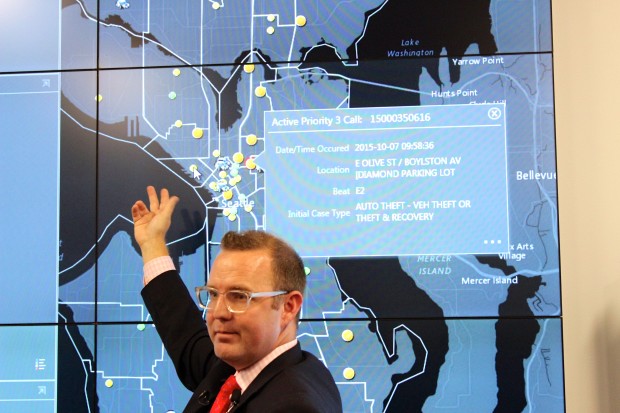 Analysts will be working out of the center nearly 24 hours a day to monitor incoming data and report relevant spikes and trends to commanders, who will ultimately use the information to decide how to best deploy resources and aid officers on the ground to different incidents in real time.

Before the center existed, the SPD had access to similar data and information, but it was on “islands,” as O’Toole described it, and located in different places. The idea is to streamline that data and connect the dots to help the department make better decisions more quickly.

“This is all about agility,” said SPD COO Mike Wagers.

The center also utilizes Via Science software, which pulls historical data that SPD has to help detect unusual spikes or anomalies in real-time. Wagers said it’s one aspect that separates this particular center from others around the country.

“If we detect an anomaly in real time and a flag goes off, the operational commander can redeploy resources as he or she sees fit,” Wagers explained.

A majority of the technology was developed in house. Brandon Bouier, a geographical-information systems analyst for SPD, helped write much of the queries and code for the new software, which also utilizes Esri mapping functionality. 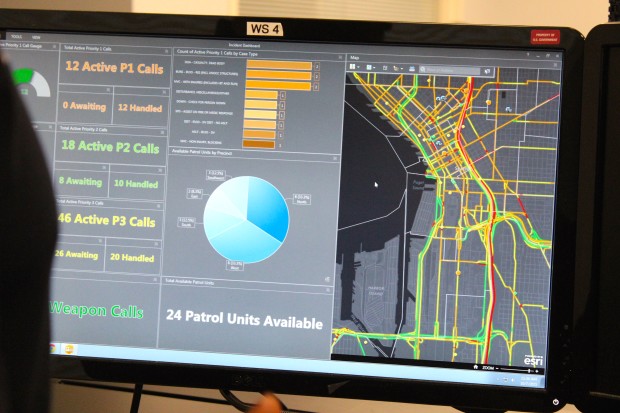 “This provides enough information at a glance to be able to make a quick decision without having to worry about asking a half dozen people and waiting much longer to get feedback,” Bouier said. “It allows for a more timely response.”

The new center is another step toward using data more efficiently, a goal that’s being pushed forward by O’Toole. Last year, the department rolled out a new program called SeaStat that uses data to help wipe out “crime hotspots” across the city.

“SeaStat was like crime fighting 1.0 with the Seattle Police Department,” Wagers said. “What we’re doing here in the center takes us to crime fighting 2.0. It’s more tactical and real-time. It’s a responsive approach to how we can respond to the community and also be responsive to our officers.”

Bill Schrier, who recently took over as SPD’s new CIO, said he hopes the center will help officers rapidly respond to and solve crimes.

“From a deployment point of view, we need to be able to rapidly recognize problems and quickly — within minutes — redeploy officers,” he said.

The center was funded by a combination of asset forfeitures and a federal government grant of $411,000.