Editor’s Note: GeekWire has partnered with UP Global and Chase to cover four Startup Week events around the country, starting with the Tampa Bay Startup Week from Feb. 2-6. GeekWire will be filing daily reports from this emerging startup hub this week.

“I am not a fan of that,” said Karnaze, a graduate of the U.S. Naval Academy who spoke today at the Startup Week events today in Tampa as part of a special veteran’s tract. “For me, the beard is a personal connection to my buddies and what I used to do…. I am just all about guys owning their style.” 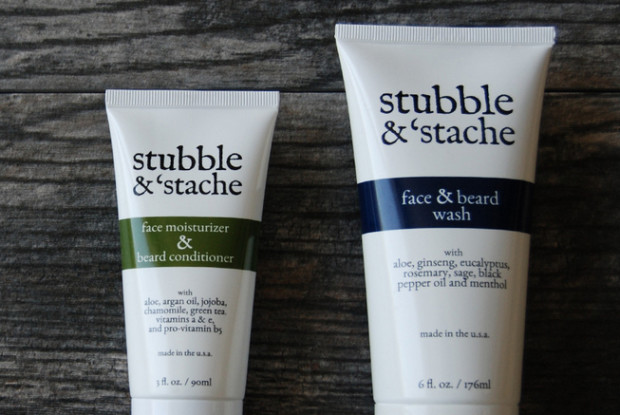 In a tribute to Hansen and his epic beard, Karnaze grew a beard for Hansen’s funeral. And then the beard started to itch and itch and itch.

That prompted Karnaze, who had a skin cancer scare when younger, to start researching products that could help with the itch. He couldn’t find any that suited his needs, so he started tinkering with some formulations and doing some research on the men’s grooming market in the U.S.

“I remember one evening watching Breaking Bad and Walt is making meth, and I am in my kitchen making lotion, thinking this is hilarious” said Karnaze.

Pretty soon, some of Karnaze’s Navy SEAL buddies started asking what he was using to maintain his beard, and Stubble & Stache was born. He bootstrapped the concept, launched a successful Indiegogo campaign and got the business to profitability in the first six months.

He then committed 15 percent of all profits to veterans suffering from Post Traumatic Stress Disorder.

The path was not as easy as it sounds, with Karnaze talking about the pitfalls of starting a new business and the lessons he’s learned. Operating from his house and working 15-hour days, Karnaze advised the entrepreneurs in the audience to plan on things taking longer than you anticipate. “Your burn rate is going to be quicker than you expect,” he said. 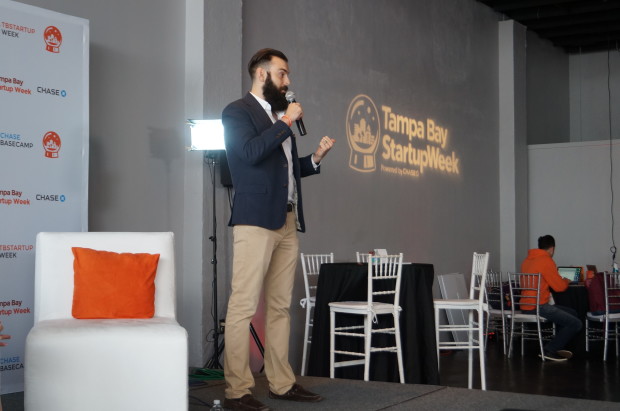 “I like to joke that entrepreneurs are our generation’s starving artists. It is a very romantic idea … but then when it comes time to pay the bills, you’re like ugh,” he said.

Since Karnaze is attempting to create a new market opportunity — tough guys who use grooming products — Karnaze said it was especially important to have a compelling story. Try to avoid the me-too syndrome, he said.

“You capture people with your story,” he said. “As we all know, we want to do business with someone who makes us feel good. We want to know that something we are investing in is giving back.”

The other important aspect of storytelling is to have a purpose.

“When you are in the military, you have a very clear purpose. My job, whether to defend the homeland or the constitution or I am on the battlefield and I just care about keeping my buddies alive. It is a very clear sense of purpose and mission, and what you are doing with your life. I had no question. I was happy I was doing it. You separate from the military and that sense of purpose kind of leaves you. And, I think a lot of people get bummed out, because they lose that sense of purpose. What are you doing? What are you passionate about? Why am I getting up in the morning? For me, honoring Justin’s memory is a big part of that.”

Previously on GeekWire: Tampa mayor kicks off Startup Week, says city will be transformed in next 5 years with a little help from Bill Gates… Welcome to Tampa: A startup scene emerges in this beach paradise