His departure comes a little over a year after he and Jamie Miller were appointed to the top jobs, but nine years after Roberts joined thePlatform around the same time Comcast acquired the Seattle startup.

Miller will now be the sole leader of the company, reporting directly to Comcast Wholesale senior vice president and general manager Matt McConnell, a spokesman from thePlatform told GeekWire on Monday. He said the leadership change is part of a broader effort to more tightly align Comcast and thePlatform.

“The leadership team recognized the need to have a central point of leadership at thePlatform, and a common vision, to support a tighter alignment of the organization and build forward-thinking technology products,” the spokesperson wrote in a statement.

ThePlatform was founded by Ian Blaine in 2000 and now builds tools to help television networks stream video online. Blaine sold the company to Comcast in 2006 but stayed on as CEO until last year, when he left the company and Roberts and Miller took over.

— The city of Seattle’s Office of Economic Development just named David Harris as its new Startup Advocate, leading the central hub that hopes to connect and organize the startup community.

Harris will be a familiar face for those who have been around the Seattle tech scene, as he has become a vocal advocate of technology access in urban neighborhoods. He wrote on GeekWire last year that the Central District can “serve as a Motown” to grow and influence young urban technologists.

Harris was a co-organizer of the Hack the Central District, the first ever Startup Weekend held in Seattle’s Central District. He was also a finalist for GeekWire’s 2015 Geek of the Year award.

He takes over for Rebecca Lovell, who was the Startup Advocate before being selected to lead the newly formed Entrepreneurship and Industry team.

“We are delighted to have David on board; he brings a unique combination of technology prowess, entrepreneurship, community engagement, and commitment to creating fertile ground for students of color to fully participate in our booming technology sector,” Lovell said in a statement. “His passion and experience will help us forward our goals of advocating for the community, and working to reverse the historic under-representation of women and people of color in tech startups.” 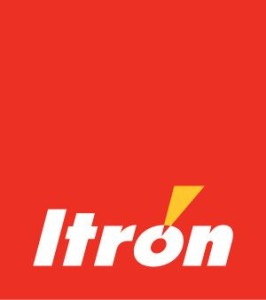 — Itron, a Liberty Lake, Wash. tech company focused on resourceful uses of energy and water, has named Tom Deitrich as its new Chief Operating Officer. He comes in as the company continues to restructure things, taking a look at business operations and closing facilities in Brazil, Italy, South Africa, and Saudi Arabia.

“Executing these initiatives will generate greater value for all of our stakeholders and position Itron for the future,” he said in a press release. “I look forward to moving quickly to help Itron achieve the success and profitability it is poised to realize.”