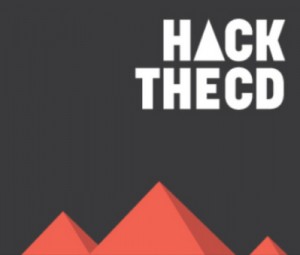 That’s the idea behind Hack the Central District, an effort to help the community by giving students and others the tools, support and knowledge they need to get new technology projects and startups off the ground. Our guest on the GeekWire radio show this week is one of the Hack the CD organizers, David Harris, a former Microsoft engineer whose work in the community has made him finalist for Geek of the Year in the upcoming GeekWire Awards.

“Our students nowadays are digital natives. They know how (devices) work, they know how they operate. But when it comes to actually programming them, and actually creating those apps, that’s where I think we could have a revolution,” Harris says. “What if a kid has an idea for an app, or some type of venture, and they had the resources, and the access, and the knowledge and the information to actually do that. That’s what we wanted to bring to the table.”

We talk about the startups that have already emerged from Hack the CD, and Harris outlines the bigger ambitions for technology in the Central District — drawing lessons from the rise of Motown in his hometown of Detroit.

The conversation with Harris begins at 9:30 in the audio player below. Download the MP3 here. Joining us in the studio is GeekWire reporter Taylor Soper, who reported from the first Hack the CD event last year.

Harris sees the issue first-hand in his day job as a program manager for STEM integration at the Technology Access Foundation (TAF).

If you’re interested in getting involved, upcoming events include the Africatown Seattle Entrepreneurs Meetup on April 25 and the STEMbyTAF Lab Expo on June 6. Check out the Hack the CD site and the TAF calendar for more information.

The show starts with our news roundup, including SpaceX’s latest effort to land a rocket on a barge, the struggle over the Vulcan name, Microsoft’s Halo finally arriving on iOS, and why it won’t be worth lining up for the Apple Watch.

Our App of the Week is the Disposable Camera App by photojojo, and the show concludes with the return of our Name that Tech Tune challenge — including a chance to win tickets to the upcoming GeekWire Awards event.