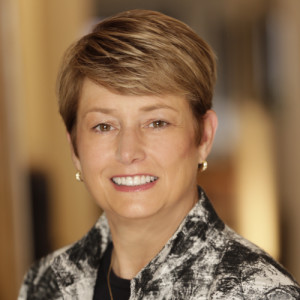 —LivingSocial, the Washington, D.C.-based daily deals company, has appointed former eBay executive Lorrie Norrington to its board, where she will serve as an observer and senior advisor to its President and CEO Gautam Thakar.

Currently, Norrington is an operating partner at Lead Edge Capital, but previously she spent six years at eBay, holding a number of high-ranking titles, including president of eBay Marketplaces and CEO of Shopping.com. Her affiliation with eBay did not prevent her from being appointed to LivingSocial’s board despite Amazon.com being one of LivingSocial’s largest investors. Two of the company’s other board seats are currently occupied by Amazon corporate development executives Peter Krawiec and Alex Ceballos.

Late last year, LivingSocial said it was in talks with Amazon, which owns roughly a third of its shares, to change the way the two companies work together. Previously, LivingSocial’s deals used to make up a much larger percentage of offers available on Amazon Local, though Amazon’s in-house sales team has since ramped up the number deals it features.

In a release, Norrington said, “The market for local ecommerce has tremendous untapped potential, and I am excited to be able to help Gautam, the board and the team at LivingSocial with the next chapter of the company.”

“The Lighthouse team continues to grow with each passing quarter and the expansion of our executive leadership team was the natural next step in positioning ourselves for future success,” said Brian McManus, chief executive officer of Lighthouse eDiscovery, in a statement.

—Bellevue-based Finsphere has appointed former Verizon Communications executive Mike Millegan to its strategic advisory board. He retired from Verizon last year after 33 years with the company, and its predecessor company GTE. Last month, the company added former WAMU banking exec Deanna Oppenheimer as a strategic advisor.

“Mike brings Finsphere excellent mobile network and telecom expertise to compliment our experience in fraud-prevention technology and financial services — especially regarding digital media content distribution strategy, which he helped implement globally while at Verizon,” said Finsphere CEO Mike Buhrmann in a release. “Additionally, his global business knowledge of building underlying networks to advanced4G wireless is a valuable asset to take our location-based, precision-analytics engine to mobile carriers around the world.”

—John Kueber, the former COO and publisher of Tiger Oak Media, the owner of Seattle magazine, has been named CEO of Purehome. “We’re excited to have someone of John’s caliber leading Purehome.com,” said Ted Ackerley, Chairman of Purehome.  “His track record of developing businesses into modes of high growth is impressive.”

Prior to Tiger Oak, Kueber founded Superbuild, which was sold to Hardware.com in 1999. He then founder Urban Pages, which sold to Tiger Oak in 2008.

“Joining Purehome.com allows me to contribute my passion for e-commerce and media,” said Kueber. “Purehome has a unique opportunity to build on its leading position for sophisticated home decor. I hope to build on the success and momentum that this very talented team has developed.

“Steve knows how to identify, define, and bring to market breakthrough products and services,” said Bryan Mistele, INRIX President and CEO, in a release. “He’ll have an immediate impact on our efforts to disrupt markets and delight customers as we expand the scope of our product offerings across new and existing industries.”

Banfield joins INRIX from Rightside, where he served as senior vice president and general manager of the domain name services company. Before that, he worked at youth sports startup Korrio. He’s also worked at Screenlife Games, Sony, RealNetworks and Microsoft.

“INRIX is uniquely positioned to take advantage of the growth in connected cars and the incredible impact that will have on smarter, safer and more efficient transportation” said Steve Banfield, INRIX Chief Marketing Officer. “As a leading provider of big data solutions empowering drivers everywhere I can’t imagine a better place to have an impact on millions of people around the world.”

—Longtime TV news anchor Meg Coyle is leaving her gig at KING 5 to join Amazon.com as a recruiter. An Emmy-award winner, Coyle joined KING in 2000, anchoring the morning news. She previously spent five years at NWCN, and won her first Emmy in 1997 for her stories on Hong Kong returning to Chinese rule.