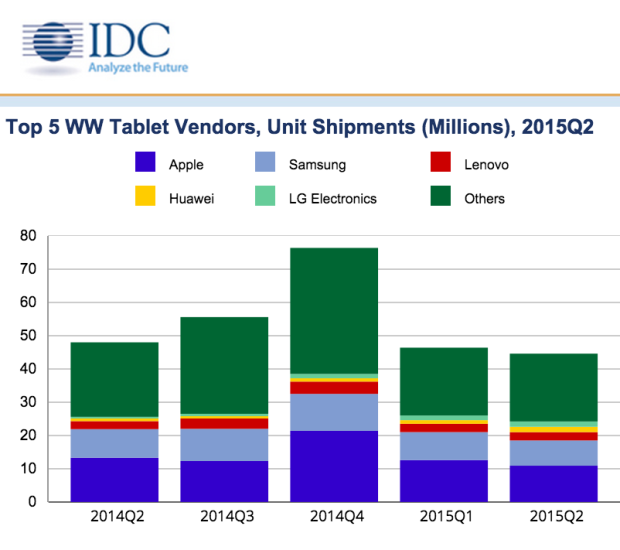 Remember when people predicted that tablets were going to replace desktop computers? That doesn’t look like it’ll be happening anytime soon as consumers increasingly opt to go with larger smartphones or upgrade existing tablets.

Worldwide tablet shipments continue to fall due to stagnating innovation in the market, according to a report released by IDC today.

During the second quarter of 2015, sales fell 7 percent year over year to 44.7 million units. 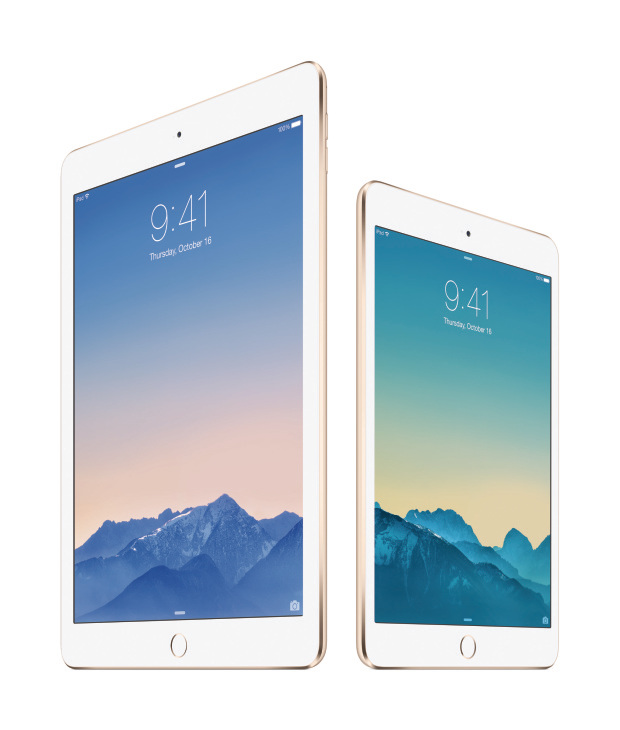 “Beyond the decline, we’re seeing a profound shift in the vendor landscape as the top two vendors, Apple and Samsung, lose share in the overall market,” said IDC tablet researcher Jean Philippe Bouchard. “In the first quarter of the year, Apple and Samsung accounted for 45 percent of the market and this quarter, with the growth of vendors like LG, Huawei, and E FUN, their combined share dropped to 41 percent.”

“Longer life cycles, increased competition from other categories such as larger smartphones, combined with the fact that end users can install the latest operating systems on their older tablets has stifled the initial enthusiasm for these devices in the consumer market.”

Smaller manufacturers made inroads by innovating. LG and Huawei brought connected tablets to market, while E FUN introduced larger tablets and 2-in-1 machines.

However, Apple is still on top of the tablet market with nearly a quarter of all shipments made in the second quarter.  Huawei made its debut in the top five last quarter as well, increasing shipments nearly 250 percent year over year. 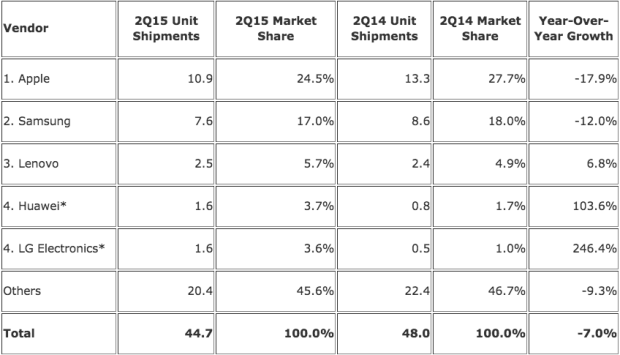 The numbers include both standard tablets like the iPad, as well as 2-in-1 machines like the ASUS Zenbook and Microsoft’s Surface tablets.

Microsoft is moving away from a touch-focused operating system with today’s release of Windows 10, recognizing that traditional computers and tablets are reaching an equilibrium in the market.