Founded last year by former Jive Software CEO Dave Hersh and former Urban Airship exec Erik Onnen, RipFog was quiet about its technology, with Hersh telling GeekWire this past September that his company was trying to simplify how data is moved “from back-end systems out to users, and back again.” 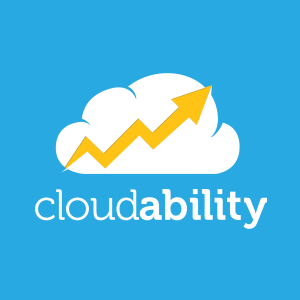 Cloudability, meanwhile, helps companies get a better handle on how much they are spending across various cloud computing services. This is the third acquisition for the 4-year-old startup in the past five months.

“As the cloud market has evolved, cost management demands have gotten more complex and involved greater and greater amounts of data,” Cloudability founder and CEO Mat Ellis said in a statement. “With RipFog’s engineering background in big data analytics, we look forward to pushing the boundaries of what our own analytics tools can do, and advancing the state of the art in cloud cost management.”

RipFog had offices in Portland and San Francisco, with its engineering center based in Portland. In a statement, Onnen said that “it’s great to be a part of a Portland company tackling big data problems.”

Hersh was the founding CEO of Jive Software and held that position for six years until stepping down in 2010. Since then, Hersh has advised startups up and down the west coast while also becoming a board partner at Andreessen Horowitz before founding RipFog last year.

Jive, a maker of online tools that help workers collaborate on projects, started in Portland more than ten years ago before moving its headquarters to Palo Alto and filing for an IPO one year later.