When the market opens next Monday, two Seattle-area companies will be included in the Nasdaq-100 Index.

As part of an annual re-ranking of the Nasdaq list, which includes the 100 largest non-financial companies listed on the Nasdaq Stock Market, T-Mobile and Expedia will be included on the list for 2016 along with 98 other corporations.

The Index acts as a benchmark for financial products such as options, futures, and funds, Nasdaq noted in a press release. Ctrip.com, Endo International, Maxim Integrated Products, Norwegian Cruise Line Holdings, and Ulta Salon are the other newcomers for the 2016 list. 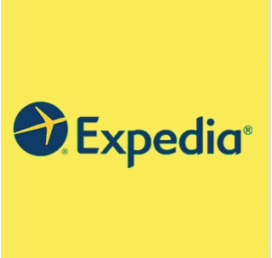 “On a cumulative price return basis, the Nasdaq-100 Index has returned almost 3,245 percent since inception, although past performance is not indicative of future performance,” Nasdaq wrote.

In October, T-Mobile said it was transferring its listing from the New York Stock Exchange to the Nasdaq, as its ticker symbol changed from “TMUS” to “TMUSP.” The transfer follows a year of strong financial performances from the Bellevue-based wireless carrier, which recently passed Sprint to become the third largest U.S. wireless carrier — though still far behind giants AT&T and Verizon. In its most recent earnings report, the company said it added 2.3 million customers in the past quarter to bring its total to more than 61.2 million customers.

Expedia, meanwhile, has also had a busy 2015, acquiring companies like Travelocity ($280 million), Orbitz ($1.6 billion) and HomeAway ($3.9 billion) all in the past year. The online travel giant also announced this year that it will move its headquarters from Bellevue to a new Seattle waterfront campus in 2019, taking over the former Amgen campus along Elliott Bay.