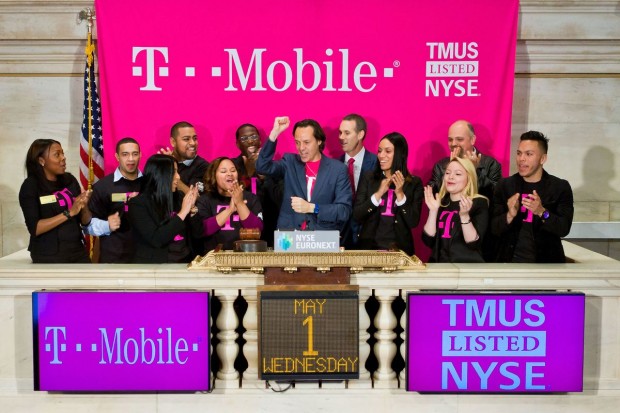 T-Mobile announced on Friday the Bellevue-based wireless company will transfer its listing from the New York Stock Exchange to the Nasdaq.

While the move is significant for the exchanges that fight over these kinds of companies for listing fees, T-Mobile says it will be a seamless transition for shareholders and investors. The only noticeable difference will be that it’s ticker symbol will change from “TMUS” to “TMUSP” after it completes the move on Oct. 27.

The transfer follows a year of strong financial performances from the wireless carrier. T-Mobile has been rallying from behind for a while now, recently passing Sprint to become the third largest wireless carrier — though still far behind giants AT&T and Verizon.

But T-Mobile has been adding customers faster than any of its competitors, and it’s being rewarded for it on Wall Street. The company’s stock has risen about 50 percent this year, now sitting with a market cap of $33.29 billion.

With the stock trading over $40 a share, it’s now up more than 246 percent from before T-Mobile launched it comeback campaign and dubbed itself the “un-carrier” in 2012.