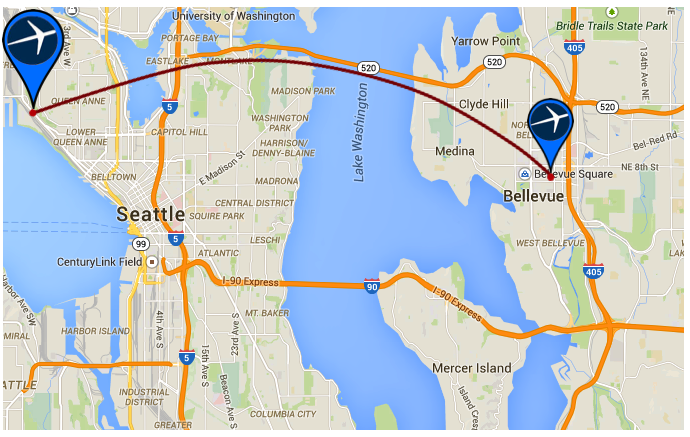 Expedia says it won’t be making its much-anticipated move to Seattle until 2019, a development that gives the company a little more time to deal with all the logistical headaches that come with relocating the headquarters of a major technology company.

Expedia initially said in April that it would complete the move from a Bellevue, Wash., high-rise to its new Seattle waterfront campus by 2018. As it turns out, that was a little overly optimistic.

“Plans are still in development that will impact exact timing, but moving 3,000+ employees can take many months so it is likely that employees will be moving to the new location through 2019,” an Expedia spokeswoman wrote in an email to GeekWire on Wednesday.

But even with the moving day so far out, the company is already bracing for some of the headaches it will face when it does relocate.

Traffic was a top concern when Expedia first announced the new headquarters location, which sits on a 40-acre lot just north of Amazon’s expanding campus. The area is already a traffic nightmare, and the thought of putting so many more tech workers on the roads wasn’t exactly appealing.

Many of Expedia’s employees also live on the eastern side of Lake Washington, which means their commutes will be the most affected by the move.

Expedia has been working with the city for months to head off these issues. The company already signed a transportation management plan with Seattle officials, promising to eventually reduce the amount of workers who drive to work alone to 30 percent. As of 2012, the company reported it was sitting right around 45 percent.

To help get its workers off the roads, the company announced on Wednesday it has hired its first ever “Expedia Commute Coordinator.” It’s also rolling out new employee incentives, like free bus passes for every worker and more carpool-reserved parking.

In 2016, the company says it will also be trying out a shuttle bus program. The free buses will carry workers from Redmond to its Bellevue headquarters, as an experiment that will “inform possible future shuttle routes and services to our new Seattle campus in 2019.”