Staples confirmed today that it will buy its main office-supply competitor, Office Depot, for $6.3 billion in cash and stock. 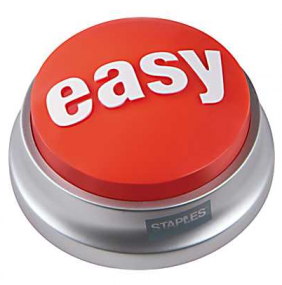 Together, the two will have annual revenues close to $39 billion, giving it the size and scale it needs to fend off competition from online rivals, like Amazon, and discount retailers, like Walmart.

“This is a transformational acquisition which enables Staples to provide more value to customers, and more effectively compete in a rapidly evolving competitive environment,” said Staples’ chairman and CEO Ron Sargent, in a statement.

The merger between the two will create one major office-supply store company in the U.S., after Office Depot merged with OfficeMax slightly more than a year ago. That deal, valued at $1.2 billion, was approved by regulators, giving Staples the confidence that this one will be, too.

The acquisition follows Staples’ previous announcement, disclosing it planned to close up to 225 stores by the end of this year. Office Depot has similar plans to shutter as many as 135 stores in 2015.

Staples has worked hard to build up its online presence in the face of increasing competition.

To help with the efforts, the Framingham, Massachusetts-based company opened a 15,000 square-foot engineering and development center in downtown Seattle last year. The office, which has room for about 80 employees, is being led by Faisal Masud, who previously held roles at drugstore.com, Amazon, eBay and Groupon. Currently, e-commerce represents nearly 50 percent of the company’s overall revenue.

Discussions between the two companies began in September, and both board of directors have approved the deal.

The transaction is subject to customary closing conditions, including antitrust regulatory approval and Office Depot shareholder approval, and is expected to close by the end of 2015.