It’s a popular trend for companies to establish engineering offices in downtown Seattle, aiming to attract tech talent not interested in making the trek south. In this case, however, the company isn’t based in San Francisco or Silicon Valley. In fact, it already has a Seattle address — just down the road from Southcenter Mall. 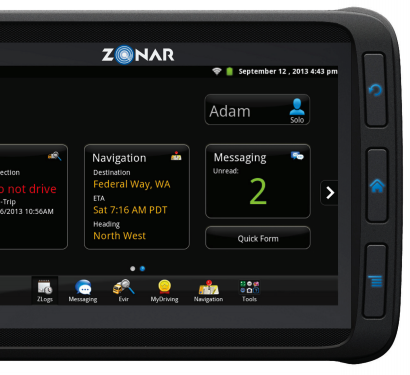 The company is Zonar Systems, which provides GPS and telematics hardware and software solutions for fleets across a variety of industries.

Zonar is based in south Seattle, but it’s opening a new product engineering and software development office in downtown Seattle, where it plans to employ as many as 100 people. That includes 45 current Zonar employees who are moving to the new office, along with plans for more than 50 new hires.

Zonar has leased an entire floor in Seattle’s Exchange Building to accommodate the new engineering office.

So why open an office in downtown Seattle? Zonar gives many of the same reasons as companies based much farther south.

“Zonar is opening a new office to accommodate the expansion of key teams in product engineering and software development,” the company says in a statement to GeekWire. “Our move to the downtown Seattle area also puts us in direct proximity with other SaaS and big data companies and provides an appealing location both for our employees and new talent.”

Check out GeekWire's list of Seattle-Area Engineering Centers established by out-of-town companies.
The company adds, “This new office space comes as a sign of Zonar’s significant re-commitment to the continued in-house development of Zonar’s products and services. Opening this third Zonar office location also marks the beginning of the next era in Zonar’s history and growth in terms of business and product development, as well as market share.”

Established in 2001, Zonar is a privately held company whose partners include Daimler Trucks, the largest truck manufacturer in the world.