As ride-hailing apps like Uber and Lyft implement “surge pricing” during what will surely be a busy New Year’s Eve on Thursday night, Seattle Yellow Cab hopes to attract customers with its updated smartphone app. 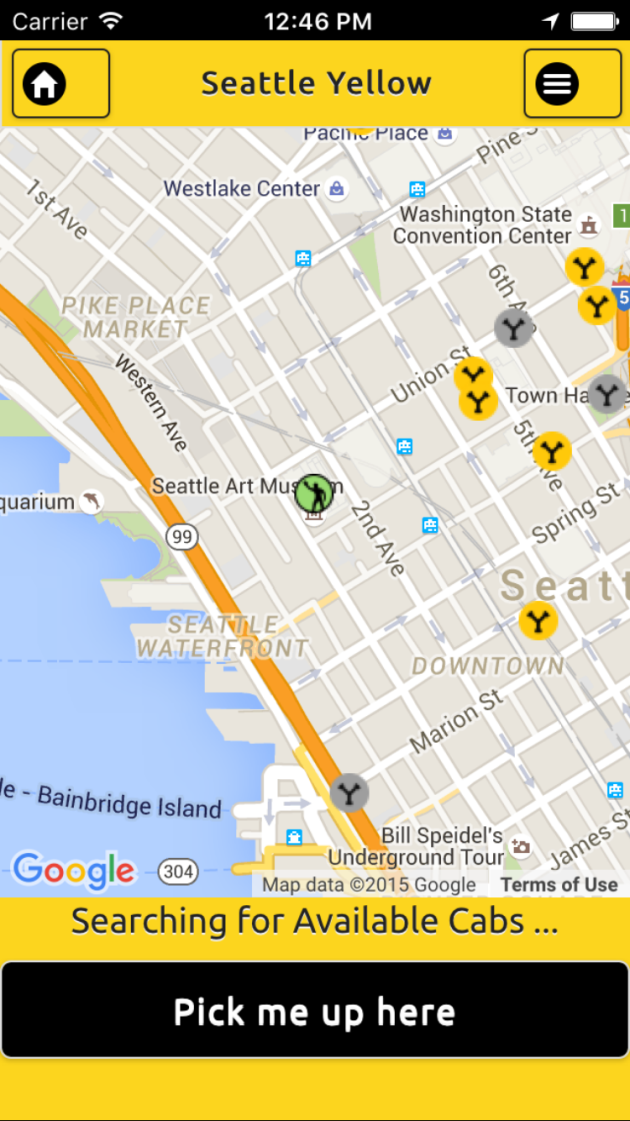 Seattle Yellow Cab’s app, which launched on iOS and Android one year ago, now lets customers pay for a ride on their smartphone with a credit card on file. The app also now shows how many cabs are available in your area with time estimates for arrival.

Of course, Uber and Lyft have had these features for years — better late than never, though, for Seattle’s largest taxi company.

“The app works great,” Seattle Yellow Cab General Manager Amin Shifow said in a statement. “We have some customers using it more than forty times a month.”

There are a few features in the app that Uber and Lyft do not offer. For example, passengers can book through the app, but pay with cash or by swiping their credit card once their ride is completed. You can also book rides in advance at a pre-scheduled time. Finally, drivers do not use the app — the dispatch software is integrated into their existing front terminals.

Users don’t have to pay an additional booking fee for using the app, which is an advantage over the for-hire vehicles in town using Flywheel that charge $1 to passengers for every ride booked through the app.

Since taxi companies must still adhere to per-mile rates set by the city, Yellow Cab’s app does not have “surge pricing” — a controversial technique used by Uber and Lyft that increases the price of a ride when demand is high.

Shifow also shared an interesting stat: His company, which has more than 600 taxis in the region, received more than 4,000 orders on New Year’s Eve last year and expects to have more than 5,000 orders tonight.

That’s a 25 percent increase, despite Uber and Lyft continuing to grow in Seattle. Though overall Seattle taxi revenue dipped 28 percent from 2012 to 2014 with competition from the newer ride-hailing companies, the fact that Seattle Yellow Cab expects a busier New Year’s Eve in 2015 compared to last year indicates a slight resurgence — and perhaps that more and more people are relying on for-hire rides to get around town.

Uber began operating its uberX service — albeit without legal regulation — in Seattle in April of 2013, with rival Lyft launching around the same time. The Seattle City Council then legalized the transportation network companies (TNCs) in June 2014, and allowed them to operate without any driver or vehicle caps. Local regulations still cap the amount of available taxi licenses in Seattle.

In September, Lyft said it more than doubled the number of rides and number of active drivers on the Lyft platform in Seattle during 2015. Uber, meanwhile, says it now has 10,000 drivers in Seattle.

Speaking of these competing services, Yellow Cab’s exclusive contract at Seattle-Tacoma International Airport — which prevents companies like Uber and Lyft from picking up passengers at the terminal — expired this October and is operating on a month-to-month basis as the Port of Seattle issues a RFP for a new contract. The Port is also close to approving new regulations that will give Uber and Lyft full access to arriving airport passengers but also keep a level-playing field for all ground transportation providers — taxis included.