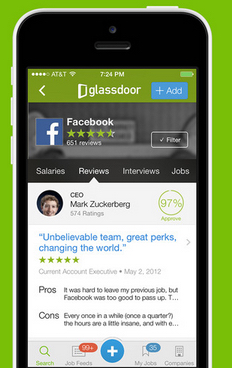 “Our transparency is unrivaled, and we’re fundamentally changing how people search for jobs and companies recruit top talent. With our unique content and hyper-targeted recruiting tools, we help people find the jobs and companies they love and, in turn, connect employers with high quality candidates at a fraction of the cost of other recruiting channels,” said Hohman in a press release.

Glassdoor is not the only company in the career and recruiting space raising cash. Seattle-based PayScale announced up to $100 million in financing as part of a recapitalization deal with Warburg Pincus last April. As part of the deal, Warburg became a majority shareholder in PayScale.