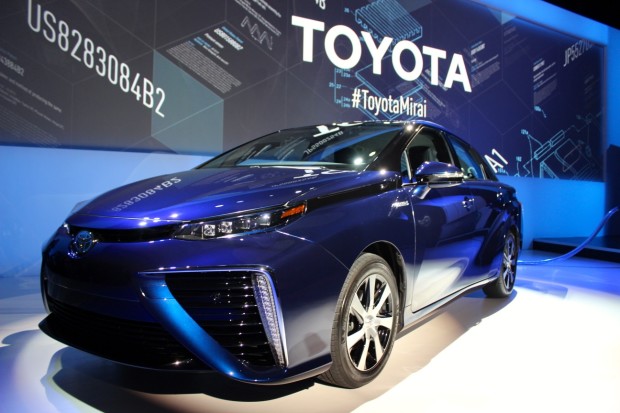 Kaku, a theoretical physicist and best-selling author, spoke at Toyota’s press conference at the Consumer Electronics Show on Monday and talked about the new Toyota Mirai, a hydrogen fuel cell vehicle combines oxygen and hydrogen to create electricity.

The Mirai, priced at $57,000 and available commercially later this year in California, is unique in that it combines oxygen and hydrogen molecules to generate power and only emits water — no exhaust or fumes. The car has a range of 300 miles and goes from 0-to-60 MPH in nine seconds. Unlike electric batteries, hydrogen tanks can be refilled in three-to-five minutes.

Kaku laid out his vision for the “perfect car,” and offered four requirements — all of which described the Mirai:

Kaku noted that Toyota engineers have assembled “critical mass” with the Mirai, given its range and acceleration abilities.

“They have all the various ingredients to create critical mass to create a hydrogen society,” he said.

Toyota on Monday also announced that it would make all of its 5,680 patents related to fuel cell technology available, royalty-free, to anyone in hopes of driving more innovation.