Just one month after pulling the plug on Farmstr, the two-year-old Seattle organic food marketplace that connected consumers with farmers, founder Janelle Maiocco and four of her former Farmstr colleagues have launched a new startup with a similar mission — helping farmers connect with consumers interested in buying local food.

The quick launch of the new startup, Barn2Door, raises natural questions about the closure of Farmstr, which was founded in 2013 and received $1.3 million in funding from Seattle angel investors and the Trilogy Partners venture capital firm.

Responding to questions from GeekWire, Maiocco pointed to key differences between the Farmstr and Barn2Door business models. In an email, she noted that Farmstr’s “tangible assets were purchased and the intangible assets were distributed to all shareholders (equitably).”

The CEO also said she learned from her mistakes while running Farmstr. The company was trying to do too much, she explained, and it couldn’t compete with other venture-backed competitors equipped with more investment.

“We learned at Farmstr that managing logistics, distribution, aggregation and drop-sites was cost-prohibitive and would require serious rounds of capital investment,” said Maiocco, who worked as a trained chef in Europe and grew up on a family farm in Bellingham, Wash. 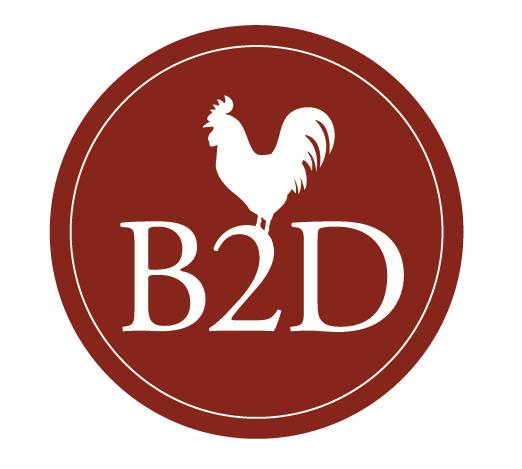 Barn2Door does not deal with logistics, aggregation and delivery. It lets existing services do that. Instead, Maiocco said that it is more focused on building mobile technology that farmers can use to manage their own fulfillment and online storefronts. This way, the company does not need to spend as much capital on a full-fledged delivery model like those from AmazonFresh and GoodEggs, she said.

Maiocco once described Farmstr as the “Airbnb for local farm food,” and is again using that comparison with Barn2Door — albeit in a slightly different manner.

Barn2Door is funded by new investors and has built new IP “to bring a completely new and different solution to market,” Maiocco said. When Maiocco closed Farmstr, she noted that “investors have been supportive — from tough decisions, to a proper wind-down of the business, and an orderly transition for Farmstr employees.”

She noted at the time of the Farmstr closure, “Much to my chagrin, we simply didn’t have enough traction to justify valuations for a substantive round of follow-on financing.”

This week, GeekWire contacted Seattle angel investors Rudy Gadre and Chris DeVore, two of Farmstr’s former backers, but neither responded to questions about the company’s shutdown and Barn2Door launch.

“I don’t have anything to add about Farmstr’s former investors,” Maiocco said. “I am looking ahead and 100 percent focused on Barn2Door.”

Our search of King County records found no pending disputes over the Farmstr shutdown.

Bill Carleton, a business and technology lawyer in Seattle who is not involved with either company, said he’s seen entrepreneurs shut down a startup and quickly launch something similar in just a few weeks. He noted that a lot depends on how the prior business wound down.

“For instance, who bought the assets?” Carleton said. “Did the founder(s) pre-negotiate flexibility with respect to IP or future opportunity? Was the re-start pre-baked with the constituents (potentially including creditors) of the prior company?”

Maiocco, who had two co-founders come and go at Farmstr, said having a solid “dream team” at launch is key to Barn2Door’s success.

“With Farmstr I spent months hunting down, recruiting and on-boarding the right team members,” she explained. “Sometimes no matter how badly you want to find engineers or fill specific roles — you cannot find them or fill them with the right talent. At Barn2Door, on day one, we have all key roles filled … we won’t be distracted by searching for additional team members and we will accelerate quickly because we have the necessary talent in place.”