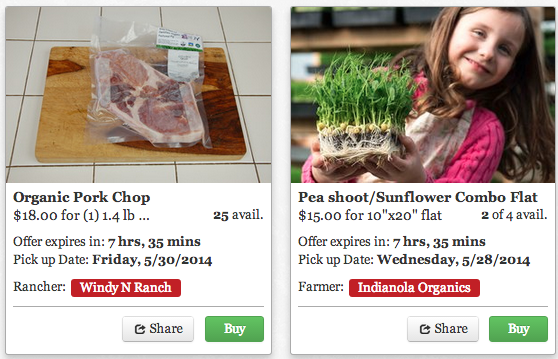 Farming is in Janelle Maiocco’s DNA. Growing up in Bellingham, Wash., she rode tractors around her family’s farm and drove past cow fields on the way to school.

“I have a passion and understanding of that space,” Maiocco said. “Farmers are my people.”

So it makes sense why the 41-year-old founder is finding early success and investor interest with her first startup, Farmstr. The year-old company just raised $1.3 million from local angels and is quickly building out its marketplace that connects farmers directly with consumers.

“Our goal is to be the Airbnb for local farm food,” Maiocco said.

Similar to Airbnb, which allows homeowners to rent out their extra bedrooms, Farmstr gives farmers the chance to offer their food online without having to use traditional means like grocery stores or farmers markets.

“They can post what they have, when they have it,” said Maiocco, also a trained chef and food blogger.

By eliminating the layers in a typical food distribution channel and saying goodbye to costs involved with inventory, warehouse, aggregation, repacking, insurance and transportation, farmers can sell fresh, local, organic food on the cheap.

There are more than 40,000 farmers in Washington state and Maiocco said that 90 percent are smaller operations looking to grow their local customer base. Farmstr gives them an efficient way to do so, and is also a way for them to get rid of excess inventory.

For consumers, the website offers flexibility for buying local food from a farm of their choice, all of which have been vetted by Farmstr for local sustainability practice standards. The process is simple: Customers can find something they like and pick up their products from a handful of drop-off locations around Seattle. 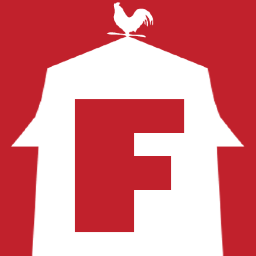 Because farmers don’t have to pay a retailer extra costs, Maiocco said that 90 percent of the food on Farmstr is cheaper for consumers than at a place like Whole Foods or PCC Natural Market. Farmers will also make more money, reeling in 80-to-85 cents on each dollar sold from Farmstr, compared to an 11-to-15-cent clip they make when going through a large grocer.

“Direct sales channels are what farmers are hungry for,” Maiocco said. “You sell food and you’re not paying anyone else.”

Farmstr, which has signed up more than 100 farmers and won the First Look Forum competition last November, makes money by taking a small transaction fee on every order. The company is purely a middleman — it does not have to worry about costs related to inventory, repackaging or similar aspects of a traditional grocery business.

“Our goal is to really just go directly to farmers and give them higher margins, while the consumer typically pays less,” she said.

“Helping farmers succeed is a very personal, but very real and viable option,” she said. “The market is ripe today in a way that it hasn’t been up until now.”