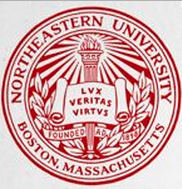 Northeastern University is opening a new branch campus in Silicon Valley, part of a plan by the Boston university to focus on what it calls “industry-aligned STEM programs grounded in experiential learning.”

The move follows the university’s expansion to Seattle, which was announced in 2011. It also operates a regional campus in Charlotte, North Carolina.

In Silicon Valley, Northeastern is partnering with San Jose-based Integrated Device Technology, which is providing the university with 8,000 square feet and room to more than triple that initial footprint.

“Northeastern has never been bound by location,” said Northeastern University president Joseph E. Aoun. “Our co-op program takes students around the world, and our regional campus network provides experiential learning for professionals in a knowledge-based economy. Northeastern’s Silicon Valley hub builds on our approach of seeing
businesses as partners and new regions as opportunities to empower human potential.”

Northeastern’s campus in Seattle is located in the heart of the South Lake Union neighborhood, just a stone’s throw from Amazon.com’s campus. The campus focuses on science and engineering degrees, an area that will also be a focus in Silicon Valley.

Northeastern University–Silicon Valley’s initial offerings will include a master’s degree in engineering management, and two certificate programs in data science and technology project management. The university plans to develop the program in conjunction with industry partners, and it will offer “hybrid” classes utilizing both on-site and online methods.

“We are creating something unique in higher education,” said Aoun. “Universities are the engines of economic growth and prosperity. We must continue to adapt to meet new demands and be co-creators of the new economy.”