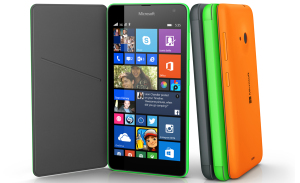 Lumia phone owners who want to try out the future of Microsoft’s mobile operating system ambitions have a new build of Windows 10 to play with today. The company just released Build 10051 to people who are a part of the Windows Insider Program’s “fast” ring on their Windows Phone handsets.

The build includes a bunch of new software, including the Project Spartan browser that will replace Internet Explorer, plus new Phone, Messaging, Mail and Calendar apps. It also includes the first build of Microsoft’s new universal Maps app, which merges mapping experiences from both Bing Maps and Here Maps (which was previously owned by Nokia and has since spun out into its own product).

It also works with a number of new phones, so people who previously were unable to install the preview OS may be able to do so now. Microsoft’s full list of eligible phones is available here. The most notable exceptions right now are the Lumia 930 and Icon – two flagship Windows Phones that are currently unusable with Windows 10 because the operating system doesn’t currently contain needed scaling code to make the user interface large enough to function on the phones.

It’s worth noting that this is pre-release software and there are known issues with the build that will cause problems for people who aren’t expecting them. None of the issues in the list of known bugs seem like showstoppers, but people who rely on their phone functioning exactly as expected day in and day out should hold off.