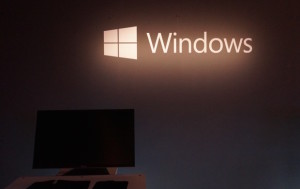 Right on the heels of Microsoft’s Build developer conference keynote, the company released a new build of Windows 10 that brings a wide variety of improvements to members of its Windows Insider Program. The update will be going out to users who have signed up for both the fast and slow update rings, so everyone who is currently running Windows 10 will get it.

Cortana, Microsoft’s virtual assistant, got some major changes with the update, including support for new queries. The results are powered by Bing Instant Answers, and include things like flight status, dictionary definitions and stock prices. The assistant also got a visual refresh, with a new set of controls along the left rail that gives users quick access to functions like her Notebook, Reminders and Feedback.

Gamers got a number of enhancements with updates to the Xbox app, including the notable addition of Game DVR for Windows, which will allow people to record games they play on a Windows 10 machine and share the resulting clips with friends through Xbox Live or other means. There’s also a new avatar app available from the Windows Store that lets users customize their Xbox One avatar on their desktop, along with a handful of other updates detailed here.

People who are looking for some fresh sounds to go with the new capabilities will be in luck – Microsoft is rolling out a new pack of audio accompaniment with this update, and is soliciting feedback from Insiders about how they like the sounds. There are also a host of other changes, including UI tweaks and improvements to Continuum.

The update can be downloaded through Windows Update on a device that’s already running Windows 10, and Microsoft will have disk images that can be used for a clean installation soon. As always, it’s worth remembering that this is pre-release software, which means that there will be bugs that can range from being merely annoying to rendering a computer unusable.