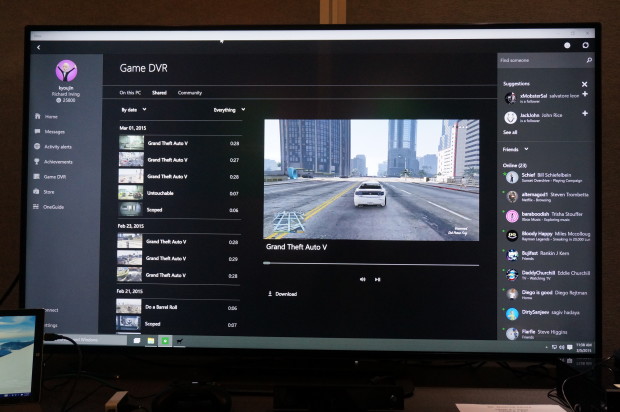 SAN FRANCISCO–Aiming to boost Windows 10’s gamer cred, Microsoft will enhance the PC gaming experience with features that have proven popular on the Xbox One.

Case in point: Windows 10 will allow gamers to record video from any game running on their computer using the Game DVR feature starting with Microsoft’s March update to the preview build of its new operating system. Game DVR runs in the background whenever someone is playing a game, and keeps a running video buffer so people can rewind and capture cool moments.

GeekWire got early access to a preview of the March build of the Xbox app on Windows 10 during a demo session at the Game Developers Conference in San Francisco. (Update: the Game DVR feature isn’t available in the March build, but will be coming later. For now, users can download Game Clips from their Xbox One onto their PC.) 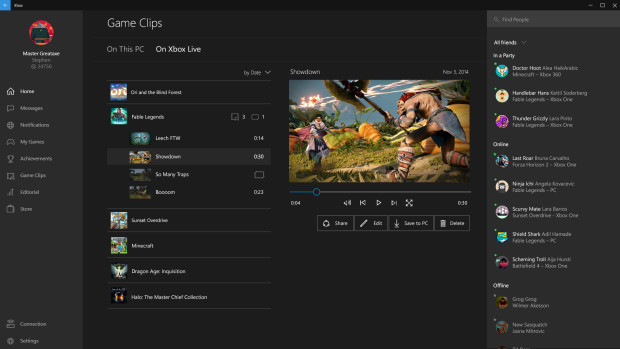 Whenever something worth recording happens in the game, users can hit the Windows and G keys to bring up the recording menu and grab video from the buffer, or start recording something cool that they’re about to do. (Performance-conscious gamers can also disable the functionality to maximize the framerate and graphics quality that they can squeeze out of their PC.)

Through the Xbox app, gamers can then download all of the Game DVR videos that they’ve recorded on their Xbox One, and manage those that they made on their PC. All of the files are saved as 1080p resolution MP4s, which can be edited by any video editing software.

Recording is handled on a system level, which means that developers won’t have to do anything in order to enable the functionality. Publishers can use the built-in digital rights management functionality in Windows 10 to restrict recording if they have licensed music that they don’t want to share, or they have other intellectual property concerns. 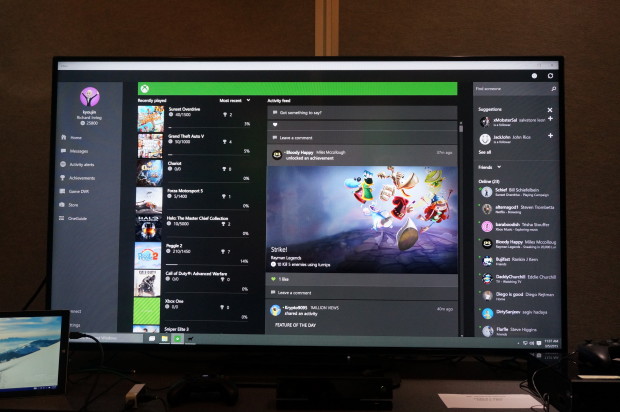 Richard Irving, a group program manager for Xbox One at Microsoft, told GeekWire that while Windows 10 is technically still in a preview state, the company’s gaming division is upgrading the Xbox app as though it’s a shipping consumer product.

“As far as I’m concerned with our connection to customers, we’re launched,” Irving said.

The Xbox team will continue to update the app every month both prior to launch with new features, including the forthcoming Game Streaming functionality which will allow people to stream games from their Xbox One to a PC or tablet running Windows 10.