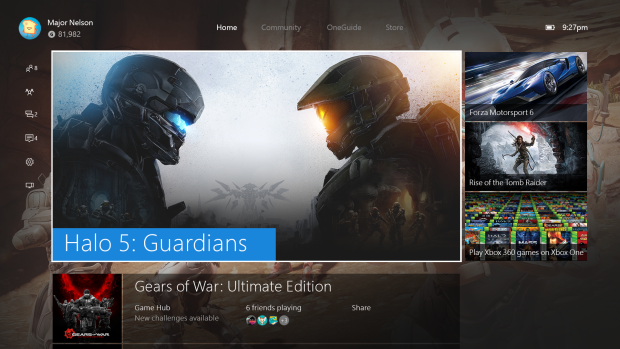 When the Xbox One debuted, some gamers were disappointed that Microsoft seemed to be leaving behind its gaming heritage for a device that replaces not just a game console, but also a cable box and a streaming media player. That’s one of the factors that helped Sony’s PlayStation 4 jump out to a big lead in the current console generation.

But with the “New Xbox One Experience,” coming out Thursday, the Redmond company is trying to win back the loyalty of those serious gamers.

While the system update includes some huge improvements to the Xbox One like backwards compatibility for Xbox 360 games, Microsoft also made some smaller changes that gamers should enjoy, even if they don’t realize they’re there.

Under the hood, the New Xbox One Experience, as Microsoft calls it, is actually an upgrade of the box to Windows 10. While you’re not going to be running Office on your gaming console, the unified code base helps simplify things for developers. But for most users, the most obvious change is just the look of the home screen.

“It’s a lot more than just a refreshed look,” Xbox senior product manager Mike Lavin said. “It’s very strategic on the things we wanted to fix for the gamers.” Those factors include speed, improving the responsiveness of the user interface and making it faster for gamers to get to the features that they use most. In addition, the update includes stronger connections to more into friends and community faster.”

It’s a lot more than just a refreshed look

When you boot up your upgraded Xbox One, you’ll notice that the horizontal sections have been augmented with some verticality. Pinned games and apps now sit below the opening screen, along with a more in-depth selection of recently used games and apps. But users can also quickly jump around that home screen, using triggers to jump up and down and using the bumpers to quickly scroll left and right.

Just as gamers use muscle memory to switch weapons without thinking, the new Xbox One software lets them quickly hit buttons to jump right to the screen they want. Even if the on-screen animations lag, commands still go through.

“It’s designed with shortcuts,” Lavin said. “The more you become vested in the system, the faster and more expert you can get at getting to your things.”

According to Microsoft, gamers should be able to access many of the most popular features 50 percent faster, mostly by eliminating the clicks or button presses needed to get into menus. The speed improvements are especially improved for community features, where it’s twice as fast to start a party and six times faster to join a party.

But perhaps the biggest leap forward for the Xbox One is actually going backward. With backwards compatibility, new users don’t have to ditch all their old Xbox 360 games when they upgrade to the new system.

“I wanted to show that as a team, we did want to respect the investment that our customers had made in our games and our product, and the games from our publishing partners,” Xbox leader Phil Spencer said on stage at the GeekWire Summit this year.

With backward compatibility, the Xbox One is basically emulating an Xbox 360.

“This makes it very easy to bring games in because you don’t have to go in and wrap every single game,” Lavin said. “It’s just a simple software emulator. It runs just like a 360 does.”

When launching an Xbox 360 game, the system appears to reboot, with an old-school Xbox 360 start screen taking over the TV. After that, the game loads, and controls are almost exactly the same as they were on the 360. The biggest difference is that you have to hit the menu and select buttons simultaneously to bring up the Xbox 360 guide.

But users are also getting Xbox One benefits like Game DVR to record game footage and the ability to snap apps to the side of the screen. It really is a best-of-both-world situation, and the only bad thing about it is that backwards compatibility didn’t ship with the original Xbox One experience.

But not every 360 game will work when the Xbox One updates. At the outset, only 104 games will work on the new system. But the only thing holding 360 games back is issues with rights holders. While having a 360 game work on an Xbox One is great for consumers, some companies may want users to buy games that debuted across platforms again for the newer platform.

While the new Xbox One experience is heavily focused on gamers, it also has some improvements for people who use it as an entertainment device. The new OneGuide tab allows users to jump straight into shows that they watch in their favorite apps, like Hulu or Amazon. And while gestures have been taken out for Kinect users, voice commands seem to have improved slightly as well.

The New Xbox One Experience has already been in testing through the Xbox One Preview Program and will roll out to all Xbox One users starting on Thursday, Nov. 12.